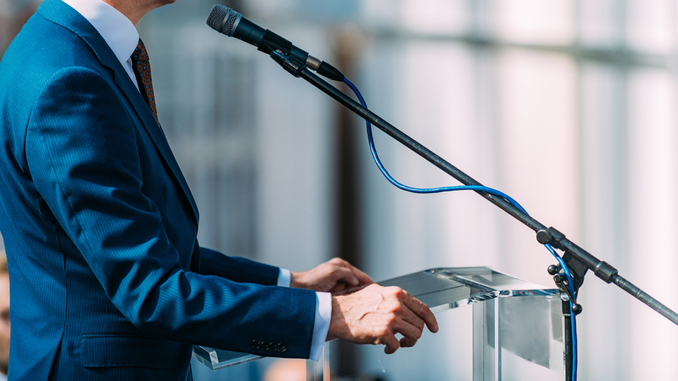 In 1952, Dwight Eisenhower announced he was a Republican 10 months before the general election. In June, he resigned his military office to devote full time to his presidential campaign.

Adlai Stevenson was already a Democrat by 1952 but resisted multiple efforts by Democrat partisans to nominate him as their candidate. After his stirring speech at the convention that summer, they did so anyway. Three months later, a president (Eisenhower) was duly elected.

Modest candidates and brief campaigns are now in our receding past. The 2020 presidential race lasted 1,194 days after the first candidate declared. The 2024 election, for practical purposes, started immediately after the previous election. Fully three years out, news and opinion outlets are brimming with the latest poll numbers, candidate statements, and expert speculation.

No other nation subjects itself to such an exhausting ordeal. Elections in Canada, the UK, and Australia all last about six weeks. In Japan, they get it done in 12 days.

Admittedly, these are parliamentary systems where elections are triggered by political events, but France gives candidates just six months to qualify for the second-tier ballot, then two weeks to campaign in the finals.

The “modern” era began with the contentious 1968 Democrat convention when the party rank-and-file wrested control from the smoke-filled rooms, and the popular primary system was established. In 1976, the obscure Jimmy Carter was able to build momentum in the primaries by campaigning early. Ambitious politicians ever since have taken note.

But super-long campaigns have consequences, most of them undesirable. The most obvious is that length favors deep pockets, the ability to finance a years-long, money draining effort.

Few candidates can self-fund. Instead, they have to spend immense amounts of time and do a lot of promising to raise the many millions required for the campaign. Many political leaders are distracted from their duties by the minutiae of campaigning.

Never-ending campaigns simultaneously exhaust and entrance voters. Competitions are naturally interesting and easy to understand. It’s simple and inexpensive for the media to churn out horse-race stories, so NATO, supply chains, and housing policy get short shrift while mountains of articles are written about the prospects of the candidates far in the future.

It has long been a truism that more challenging, risky issues are harder to tackle in an election year. But if every year is effectively an election year, then it’s never the right time for heavy lifting.

Instead, governing in the midst of a campaign creates constant pressure to “do something,” so that politicians appear active and effective. Populist policies and handouts which favor the growth of government are thought to attract voters. Moderation and fiscal restraint don’t sell well, so they are kicked to the curb.

The Build Back Better bill was the perfect campaign legislation, something for everyone. No wonder Democrats are panicked over the electoral consequences of its possible failure.

But long campaign seasons also have their clear winners. Potential candidates are already dropping by Iowa, New Hampshire and South Carolina, which happen to be crucial early primary states just to, you know, see how the folks are doing.

These states fiercely protect their primary position and with good reason. Iowa particularly has successfully exploited the candidates’ need to ingratiate themselves into the long-term protection of ethanol mandates, regulations and subsidies. It’s foolish policy with no environmental or other benefit except to corn farmers and producers, another result of our long and complicated presidential elections.

Compared with other countries, the U.S. has a short presidential term and an unusually long election process. This near constant turnover lengthens the period in which we are vulnerable to foreign actors exploiting us for their benefit.

Other democracies have laws which limit elections. Exactly nobody is clamoring for longer elections in those countries. Still, politicians are unlikely to reform their own system.

In the absence of other options to rid ourselves of these expensive, dysfunctional election campaigns, maybe we should take a look.