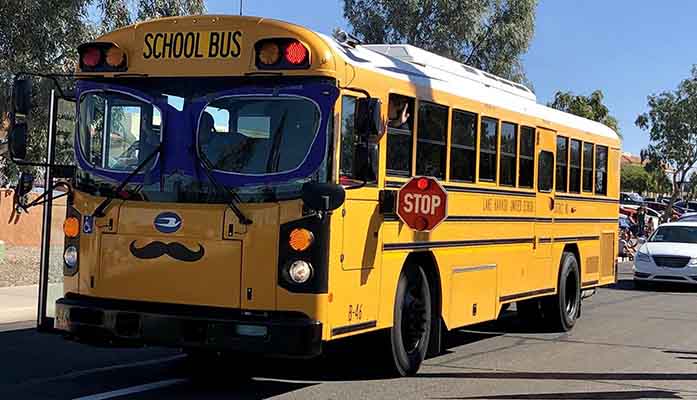 Peer claimed that she was denied salary increases despite qualifying for them over the course of five years, and her family couldn’t survive on her and her husband’s income alone. Nowhere in the video did she apologize.

“My children are the most important thing to me, and I’m already spending countless hours outside of my contract time on extra school activities and I don’t think it’s fair that I have to sacrifice my own children’s time because our professional salary did not pay enough,” said Peer. “I created the content at the beginning of the summer in order to earn extra money on the side in order to pay for our basic necessities that our salaries were no longer meeting.”

Peer didn’t teach at LHUSD for a consecutive five years. After her fourth year at Thunderbolt Middle School, Peer took a two-year hiatus beginning in 2020 to teach in Houston, Texas. Peer was a science teacher at Dekaney High School at Spring Independent School District.

Peer also claimed that her gym terminated her membership due to harassment from those who’d seen her content. Peer featured her former gym in some of her explicit alias accounts.

“The gym owner chose to terminate my membership although I’d been a member for four years because other juvenile members were harassing me by taking my picture and videotaping me while I was trying to work out,” stated Peer.

After she was fired, Peer posted a TikTok mocking parents upset by her content.

“When they judge you for having a spicy account, but it pays more than your vanilla job,” stated Peer.

Her first TikTok video posted October 10 depicts her lip-syncing about how she’s crazy.

In a TikTok lip-sync video posted October 26, Peer stated she would cause problems on purpose for not getting enough attention. This was two days after LHUSD placed Peer on paid administrative leave and probation pending investigation, following a community member filing a complaint about her explicit social media accounts.

“In response to not getting the attention I deserve, I’ve decided I will cause problems on purpose,” mouthed Peer.