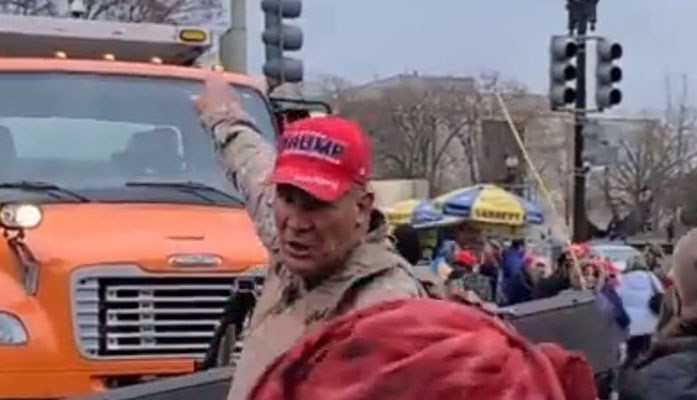 On Wednesday, the House Judiciary Committee rejected a resolution requiring the Department of Justice (DOJ) to turn over records on federal agents or assets that encouraged protesters to enter the Capitol on January 6.

While Republicans urged transparency concerning Epps’ involvement, Democrats claimed ignorance or avoidance of the topic. Aside from Congressman Jamie Raskin (D-MD-08), who called Epps a “poor schmuck” being demonized by his own party, Democrats focused on expressing disdain for Republican characterizations of the January 6 riot.

Massie recounted investigative reporters’ details of the FBI’s action or inaction concerning Epps. This included the Revolver News reports (first and second) that the FBI listed Epps initially on their Most Wanted page for January 6 rioters, but later removed him without explanation. This also included Epoch Times reports (first and second) that Epps was the only protestor that had a premonition of the pipe bombs discovered on January 6. Additionally, this included New York Times reporting on Epps’ alleged text messages to his nephew admitting that he helped people breach the Capitol.

“[Epps’ involvement is] easily proven false if they would release this information. If the federal government would tell us, point-blank, no uncertain terms, under oath, not some staffer, not some statement released on some hearsay, not by leaking it to the New York Times, not by trying to soften the blow by putting things out in the press, just come here and tell us,” said Massie.

Massie rejected the House Select Committee to Investigate January 6 (January 6 Committee) assessment of Epps. In January, the committee revealed that Epps told them that he wasn’t working with or for any law enforcement agency on or before January 6. According to Massie, the committee promised to release a transcript of their interview with Epps. They haven’t.

Watch the full debate on the resolution below: