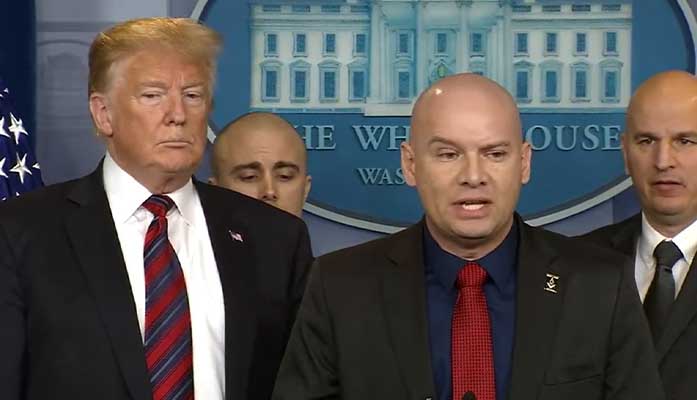 What Word Best Describes The Border Situation Is Not The Priority, Says National BP Council VP

A top official with the National Border Patrol Council said Tuesday that while agents prepare for an influx of immigrants from as far away as Valenzuela they are seeing an uptick of unaccompanied juveniles illegally crossing into the United States.

That is the priority, according to Art Del Cueto, and arguing about whether to call the situation a “crisis” is a waste of time and effort, he told KFYI’s James T. Harris.

Del Cueto grew up in Douglas and has been a U.S. Border Patrol Agent for nearly 20 years in Arizona. He serves as NBPC’s vice president and is host of The Green Line, a podcast available through iHeartRadio.

According to Del Cueto, the public’s attention should not be fixated on whether or not the growing number of illegal crossers at the U.S. / Mexico border should be defined as a crisis. Getting too focused on what word to use simply detracts people from doing something about what is actually happening,

“There’s too many individuals -politicians- that are going back and forth which each other arguing whether it’s a crisis or not,” Del Cueto said. “And I think that effort is better spent trying to figure [how] to stop the problem we have at hand.”

NBPC represents nearly 18,000 U.S. Border Patrol agents across the country. Del Cueto acknowledged that a change of policies following a change in president is to be expected. However, he said “the problem is you can’t remove policies that work and replace them with no policies whatsoever.”

That means everyone needs to stop worrying about whether there is a crisis occurring. Instead, people need to engage in action, Del Cueto believes.

“I think people need to work together and understand… let’s figure out what needs to be done, let’s figure out from past policies what works,” he said. “Let’s think of what we need to do to make sure that our Nation’s borders are secured because it doesn’t affect just one side of the aisle.”

Del Cueto reminded Harris that there have been other past surges of undocumented immigrants which also concerned people at that time.