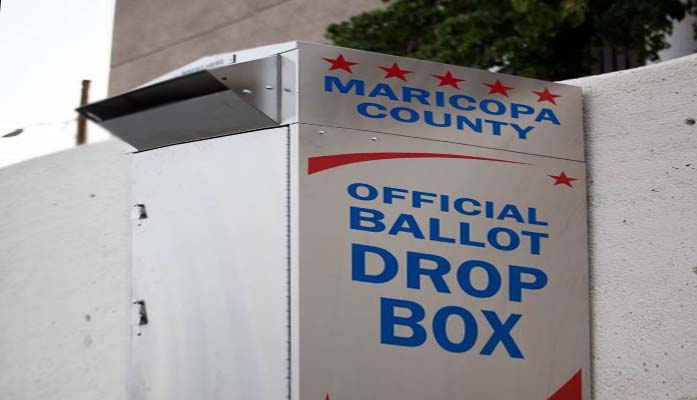 On Wednesday, Congressman Andy Biggs (R-AZ-05) requested that the House Oversight Committee investigate the claims made in the controversial election fraud documentary, “2000 Mules.”

The premise of “2000 Mules” is that thousands of individuals, or “mules,” delivered harvested ballots to election drop boxes in key states during the 2020 election. The documentary relied on geotracking data and 4 million minutes of ballot drop box video feed to arrive at this claim.

“2000 Mules” featured Arizona significantly. Notable testimony came from a San Luis whistleblower, who alleged that there was a network of harvesters that worked under what she described at length as the “Mexican Mafia” of Yuma County.

Biggs declared in a press release and on Twitter that the House Oversight Committee chairwoman, Congresswoman Carolyn Maloney (D-NY-12), had a duty to investigate the documentary’s claims.

The congressman pointed out in his request letter that Maloney held hearings on significant election-related issues of late — notably the Arizona Senate’s audit of the 2020 election and Texas’ voting laws — as well as social issues like flea and tick collars, the Washington Commanders football team, electric vehicles for the Postal Service, environmental justice, and vaping. Biggs declared that the latter collective of issues addressed was far less important than the “2000 Mules” claims.

“As the chairwoman of the House’s oversight committee, Congresswoman Maloney has an obligation to hold an immediate hearing to further determine the veracity of these claims,” said Biggs. “The film exposes serious, potentially illegal activity related to the 2020 election. The committee should investigate these allegations to ensure the integrity of our elections.”

The filmmaker behind “2000 Mules,” conservative pundit Dinesh D’Souza, holds that the 2020 election was thoroughly fraudulent and stolen from former President Donald Trump.

In his request letter, Biggs highlighted the documentary’s estimation that Phoenix had over 200 individuals who were potential mules that visited over 20 drop boxes each. He also mentioned the estimated numbers of mules from other states, noting that the total came to more than 54,000 individuals delivering votes to five drop boxes across four states.

During a State Senate briefing on Tuesday, True the Vote — the election integrity nonprofit behind the research for election fraud documentary “2000 Mules” — recommended Arizona clean up its voter rolls. Just several days before, Governor Doug Ducey vetoed a bill purging non-citizens and non-Arizonans from voter rolls.

The election integrity researchers also proposed an end to the mass mailing of ballots and drop boxes, as well as an increase in penalties for voter fraud. If ending the use of all drop boxes wasn’t feasible, the researchers proposed real-time video surveillance.

The bill vetoed by Ducey, HB2617, received support from House and Senate Republicans. It would’ve required the Arizona Department of Transportation (ADOT) to submit information to the secretary of state every month regarding driver’s license or non-operating licenses issued in other states. Within 10 days, the secretary of state would then submit that information to the relevant county recorders to purge their voter rolls.

HB2617 would’ve also required the county recorder to compare their voter registration database to the Social Security Administration database on a monthly basis. Additionally, the secretary of state would’ve been required to report to the state legislature on a quarterly basis the death counts and voter registration cancellation notices issued to county recorders. Jury commissioners and managers would’ve been required to inform the secretary of state and their county recorder about individuals who indicated they weren’t U.S. citizens or living within the county.

The House and Senate may override Ducey’s veto with a two-thirds vote.

In an explanatory letter, Ducey shared a concern that the legislation lacked due process for voters whose eligibility may be challenged, and that bad actors would capitalize on that aspect of the bill.

He criticized the bill’s implementation method as “vague” and lacking guidance for county recorders to execute properly. Ducey further criticized the residency determination provisions within the bill as subjective and lacking protections against false claims of non-residency.

Ducey didn’t object to the bill in its entirety. He commended the provisions directing ADOT, the secretary of state, and county recorders to communicate on proof of out-of-state licenses, new addresses, and non-citizenship.

Arizona Free Enterprise Club Vice President Aimee Yentes disagreed with Ducey’s concerns that the bill lacked due process for voters and that it would empower bad actors. However, Yentes expressed hope that they could work with Chaplik to bring a modified version of the bill more palatable to Ducey.

“This is a multi-pronged endeavor. You don’t fix all the numerous issues we have with election processes overnight or in just one session,” said Yentes. 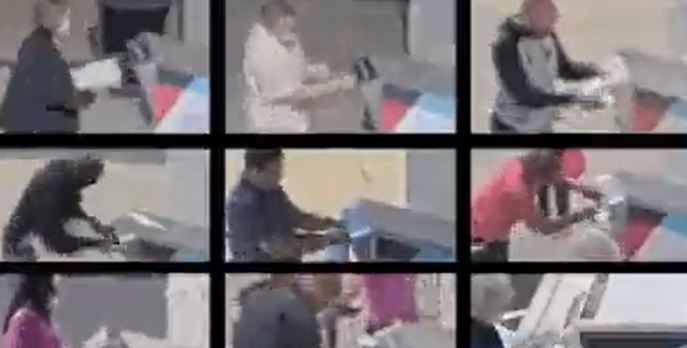