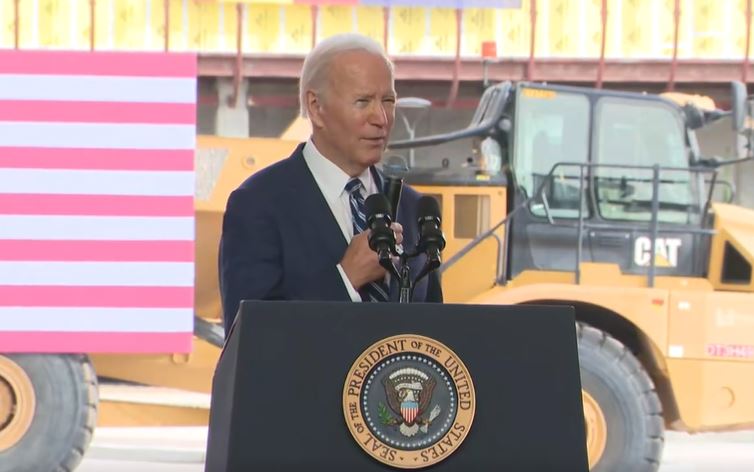 While boarding his flight to Arizona on Tuesday, President Joe Biden shared that he wasn’t visiting the border because it wasn’t important.

Biden told Fox News reporter Peter Doocy that focusing on American manufacturing was a bigger priority for him. He visited the Taiwan Semiconductor Manufacturing Company (TSMC) plant as part of his visit.

“[T]here are more important things going on,” stated Biden. “They’re going to invest billions of dollars in a new enterprise.”

AZ Free News noted earlier this week that Tuesday’s visit marked the president’s first to Arizona since assuming office. The president has overlooked the state despite being an epicenter for the ongoing border crisis.

Biden’s disinterest in the southern border is further evident in his public messaging. Over this past year, he’s expressed more concern for Ukraine’s border than our own.

The last time the president tweeted about the southern border was to condemn border agents’ handling of illegal Haitian immigrants.

Biden isn’t the only Democrat who believes domestic microchip manufacturing outweighs other issues. Sens. Mark Kelly and Kyrsten Sinema both ignored controversies over the FBI raid on former President Donald Trump’s Mar-a-Lago home. Instead, the pair focused on the passage of the CHIPS and Science Act.

Only Kelly attended the TSMC celebration on Tuesday.

Vice President Kamala Harris came close to visiting the site of the border crisis once, last June, after much resistance.

Since Biden took office, there have been over 4.1 million encounters with illegal immigrants (this total excludes “gotaways,” those who weren’t apprehended, for which no accurate data exists). That’s more than the total encounters under Trump and former President Barack Obama’s second term combined (about 3.9 million).

Based on average encounters at this rate, there will be over 8.8 million illegal immigrants encountered throughout Biden’s first term. That’s more than Trump, Obama, and the last two years of former President George Bush combined (about 7.9 million).