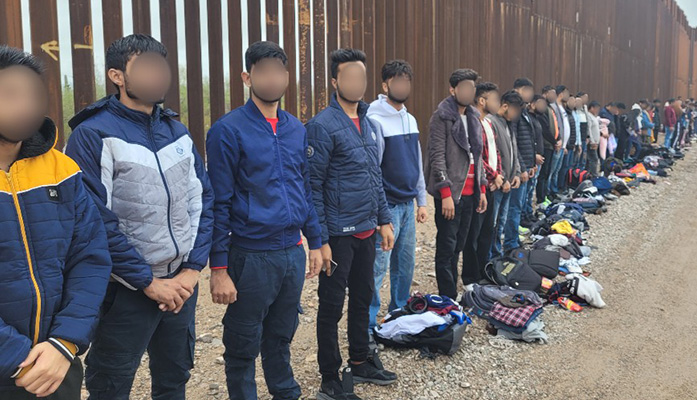 Illegal immigration may hit another all-time monthly high for the Biden administration. That’s in addition to the current historic record of over 4.1 million encounters, excluding “gotaways.”

Over the last few weeks, Border Patrol (BP) has observed a sharp increase in illegal border crossings in the Tucson Sector. Chief John Modlin highlighted the encounters of “large groups” throughout the week. In all, Modlin documented seven large groups totaling over 1,000 illegal immigrants.

The first week of December, Modlin reported that these large groups accounted for hundreds of migrants at a time.

The week after Thanksgiving, the Tucson Sector reported over 5,700 apprehensions.

The heightened migration surge doesn’t just include those seeking refuge from cartels and oppressive governments. On an almost weekly basis, BP officials document the arrests of illegal immigrants with prior criminal convictions.

Percentagewise, the most notable increases in criminal conviction types concerned those convicted of homicide or manslaughter.

Despite the continuing surge of illegal immigration, President Joe Biden commented ahead of his first-ever visit to Arizona during his term that the border wasn’t important.

Based on the current average monthly encounters, there will be over 8.8 million illegal immigrants coming into the country by the end of Biden’s term. That’s more encounters than former Presidents Donald Trump, Barack Obama, and George Bush’s last two years combined.