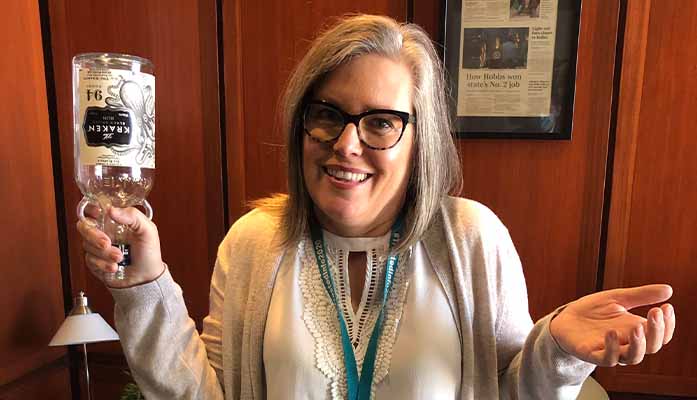 For the first time in history, it appears that Arizona PBS has cast a vote for governor — and not for the candidate they owed a platform to on Wednesday. As it stands, Democratic gubernatorial candidate Katie Hobbs got what she wanted while Republican opponent Kari Lake was left empty-handed.

Just for Hobbs, Arizona PBS ignored Arizona Clean Elections Commission’s (AZCCEC) decision and scheduled a one-on-one interview with Hobbs. The move by Arizona PBS forced a cancellation of Lake’s interview, which in itself was a consolation for voters that Lake secured with her unwavering willingness to debate. Lake had even advocated for Hobbs to have an open invitation to the debate; in this case, it seems no good deed goes unpunished.

In response to the last-minute cancellation, Lake held a press conference outside the Arizona PBS building. Lake’s remarks triggered protestors nearby, who attempted to drown out Lake by shouting.

“Unfortunately, PBS and ASU have done a backroom deal with that coward [Katie Hobbs] to give her airtime which she does not deserve,” said Lake.

Arizona PBS and its owner, Arizona State University (ASU), are taxpayer-funded. Lake asked voters to call the ASU School of Journalism, KAET-PBS, and ASU President Michael Crow to complain about the capitulation to Hobbs.

“This is not an arm of the Democratic National Committee, and unfortunately it appears that’s what it has become. Walter Cronkite would be rolling over in his grave right now at what’s happening here,” said Lake.

AZCCEC decided to postpone Lake’s interview because Arizona PBS scheduled an independent interview with Hobbs without their knowledge. AZCCEC shared in a public statement that they were surprised by Arizona PBS.

“This decision is disappointing, especially following the multiple attempts on behalf of all the partners involved in producing this year’s General Election debates, to organize a traditional gubernatorial debate between the two candidates,” stated AZCCEC.

Hobbs will be interviewed by Arizona PBS next Tuesday. Lake said that she would accept a similar invitation, but only if it was restructured to be a debate with Hobbs. Lake promised that she wouldn’t yell, wouldn’t interrupt, and would allow Hobbs to write the debate questions and bring an emotional support animal if necessary.

“If she doesn’t appear with me, they should kick her out and say she should not be on the airwaves at PBS,” said Lake. “Show up like a grown-up and debate.”