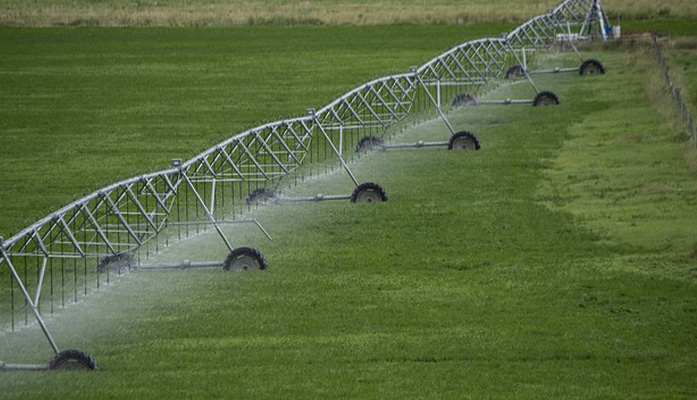 Voters in the southern Sulphur Springs Valley will find out later this week whether they get to vote on the creation of a Douglas Groundwater Basin Active Management Area that will establish new regulations for the withdrawal and use of groundwater by private landowners across a large swath of Cochise County.

And the Douglas AMA initiative could make it on the 2022 general election ballot even if not enough verified, valid petition signatures were turned in, according to an argument put forth by the group which collected the signatures.

Judge Laura Cardinal will conduct a hearing Friday on a challenge by Rural Water Assurance to block the AMA initiative from the ballots of roughly 13,450 voters whose addresses fall within the boundary of the proposed Douglas AMA.

The city of Douglas as well as the agriculture-heavy communities of McNeal and Elfrida will be impacted if the Douglas AMA is approved, as will be a portion of the city of Bisbee and surrounding areas.

Proponents of the Douglas AMA contend unregulated pumping from large agricultural wells in central and southeastern Cochise County is depleting the aquifer. They are calling for several restrictions on groundwater use and irrigation which proponents claim are necessary to prevent harm to local residents who live in the area.

Critics like Rural Water Assurance, however, argue that an AMA interferes with private property rights in a number of ways. There will also be a loss of property value from newly implemented AMA-related restrictions placed on the use of the land, they argue, including a 100-year assured water supply certification required for subdivision development.

There is also concern that the push for a Douglas AMA comes at a time when southeast Arizona is expecting to see long-anticipated renewed economic activity thanks to Congressional plans to overhaul the current Douglas Port of Entry at the Mexico border.

But the issue before Cardinal will not be about the political arguments or water policy. Instead, she is being asked to rule whether Arizona Water Defenders submitted enough petition signature to get the AMA initiative on the upcoming ballot.

Part of what Cardinal must decide is whether it matters if those petition signatures are legitimate signatures of actual registered voters living within the boundaries of the proposed AMA. Or is a random sampling good enough.

However, the process Marra used did not actually verify the validity of all of the signatures. Instead, a few dozen signatures were discounted immediately due to technical issues after which a random sample validation process was used.

This resulted in an extrapolated figure being provided by Marra without any verification if all of the presumed valid signatures were in fact valid.

In its election challenge, Rural Water Assurance argues Cardinal must disqualify nearly all of the submitted petition signatures as deficient for myriad reasons from mismatched voter signatures to signers not living within the proposed AMA boundaries.

A more crucial problem, the election challenge argues, is some of the 206 petition sheets did not include a completed circulator affidavit. That affidavit must be filled out by the person who circulated the petition to collect signatures.

With 10 signatures possible on each petition sheet, any petitions not properly circulated could result in a large number of disqualifications whether the voters’ signatures themselves are valid.

For its part, Arizona Water Defenders has asked Cardinal to dismiss the election challenge. The group argues that under current state law, it is legally irrelevant whether there is actually 1,346 verified petition signatures for getting the Douglas AMA initiative on the ballot.

The only important factor, according to the group’s attorney, is that Marra’s random-sampling calculation gave the group credit for more than the required number.

“There are no longer any remaining statutory requirements for the examination and verification of each signature of each petition by the Recorder,” attorney John A. MacKinnon argues in a motion to dismiss. “If the number of valid signatures as projected from the random sample equals or exceeds the minimum required number, the initiative is entitled to be on the ballot” under one of two statues.

The Cochise County Board of Supervisors and Cochise County Recorder David Stevens have been subpoenaed to court for Friday’s hearing, as has Marra and members of Arizona Water Defenders.

Arizona currently has five AMAs. The four located in Prescott, Phoenix, Pinal County, and Tucson where created by the Legislature. The fifth was approved by Santa Cruz County voters several years ago.