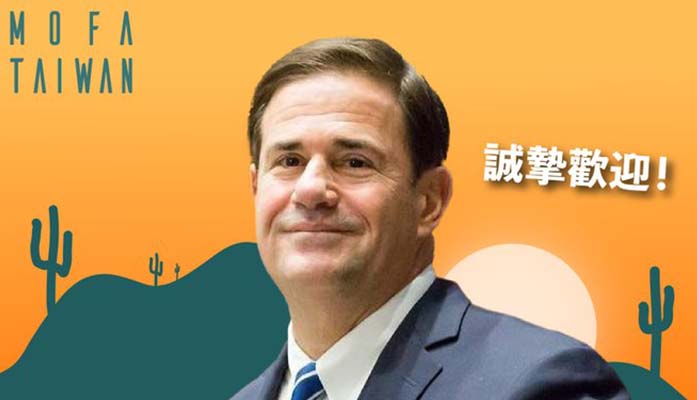 Foreign trade missions are a tool for key industry and government leaders to develop international business opportunities by meeting face to face. And right now, Gov. Doug Ducey is in Taiwan for one such trip that will include time in the Republic of Korea.

“Arizona has excellent relationships with Taiwan and the Republic of Korea,” Ducey said in announcing his arrival in Taipei on Tuesday. “The goal of this trade mission is to take these relationships to the next level – to strengthen them, expand them and ensure they remain mutually beneficial.”

“Arizona enjoys strong economic partnerships rooted in sectors such as technology and manufacturing – specifically within the semiconductor industry,” said Ducey, who is accompanied on the trip by Sandra Watson, who is the President and CEO of the Arizona Commerce Authority, as well as Danny Seiden, the President of the Arizona Chamber of Commerce and Industry.

Among those involved in the trade mission are officials with Taiwan Semiconductor Manufacturing Company (TSMC) which plans to train nearly 750 Arizona employees in Taiwan as part of the company’s $12 billion semiconductor facility being built in Arizona. Chip production is expected to begin at the Arizona plant by 2024.

Another itinerary item has the governor celebrating the signing of a Memorandum of Understanding (MOU) between the State of Arizona and the Taiwan Ministry of Education. The MOU is signed by the Arizona Board of Regents and its counterpart in Taiwan for the purpose of promoting collaboration in higher education and workforce training, according to Ducey’s office.

The state budget this year included legislation establishing Arizona’s first foreign trade offices in Taiwan and the Republic of Korea. Those offices are expected to launch later this year.

Ducey’s trip to Asia follows a five-day economic mission to Israel in May which focused on increasing trade and investment between Arizona and Israel, as well as addressing drought issues. It was the governor’s second official visit to the country.