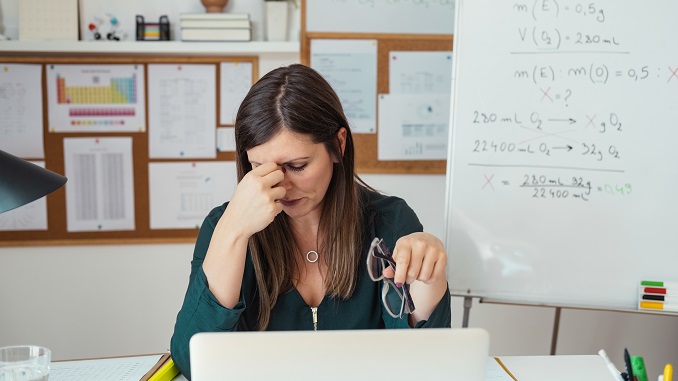 Are Stressed Out Teachers Being Asked to Do Too Much?


As we see a steady stream of experienced teachers leave the profession, we should be questioning why they are leaving. Maybe it is not always about money.

If teachers are expected not only to educate our kids, but now to raise them as well, perhaps we should consider that teachers may not realistically be able do all the things they are being asked to do.

Teachers usually come to love their kids, care about them deeply, and want what is best for them. It is part of what being a teacher means. But is there a limit to how much intervention a teacher should have in a child’s life?

We are now seeing an aggressive effort by Progressive Liberals to reshape American society to match their own personal preferences. This has become most evident in school classrooms where there appears to be a deliberate intent to influence children to accept their particular worldview. So, are teachers now expected to step in front of parents to drive these controversial ideologies?

This is leaving parents concerned and dismayed by the social conditioning that is being exposed in the classrooms with regard to sexuality, race relations, and political ideologies. They are also becoming more agitated and outspoken as they perceive their own children being weaponized against them.

So are Progressive Liberals, in the form of “Woke” activists, engaging in a deliberate effort to pit teachers against parents in a rather ruthless bid to gain political power and control?

Are these activists now simply using teachers as tools to accomplish their political goals? This would be deeply disrespectful to the profession. If this realization sets in for teachers, it is quite doubtful that they will appreciate being used in this way. And hopefully, they will start to turn away from this scheme.

But teachers aren’t the only ones affected. Children can also feel caught in the middle between parents and teachers, which could leave them traumatized by this contrived conflict. It’s like children who watch their mother and father argue at the dinner table and, wanting to please both, don’t know which way to turn. This cannot be a healthy and positive situation for children. It is of little wonder that we seem to have more children displaying mental and emotional health issues than before. They are being unnecessarily over stressed.

We have also seen national teachers’ unions trying to bully, intimidate, and discredit parents who dare to question their efforts to control dialogue in the classrooms. They label these parents as “Domestic Terrorists” and threaten that dissenting parents be sanctioned by the Justice Department.

Because of these aggressive activities, there is a concern that the bond of trust between parents and teachers is being frayed almost to a breaking point. This is a great disappointment. Now, more parents want to pull their children out of public schools because of the dissatisfaction with this type of undesirable social conditioning. Many feel that their children are being taken away from them, so they are responding by removing these children from that perceived threat.

There is a responsibility for teaching professionals to develop and maintain healthy and positive relationships with parents, to explain to parents what they are teaching and why, to define the limits of their intervention in the raising of children, and to reassure parents that they are not trying to replace them. They must convince parents that public schools are the best place to send their kids—and that there are well understood boundaries of what will and will not be presented to their kids in the classrooms.