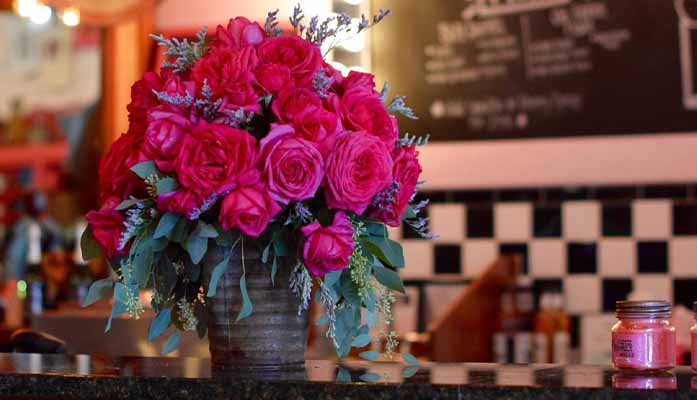 Everything Is Coming Up Roses In Eloy


Agriculture has long been a key to Arizona’s economy, as shown by the inclusion of cotton and citrus in the 5 C’s of the state’s top economic drivers (copper, climate, and cattle being the others).  But one company in Eloy believes the motto should be amended to include an R, as in roses.

In 1986, the rose was decreed by President Ronald Reagan as America’s national floral emblem. The next year, Michael Francis started Francis Roses on a few acres in Maricopa County.

Today, nearly 75 percent of long-life garden rosebushes are grown in climate-friendly Arizona, with Francis Roses having the largest market share.  The company sells its early growth rosebushes to nurseries and other wholesalers through the U.S. and Europe.

Michael’s son Tyler now helms the company and was responsible for relocating the business to Eloy in Pinal County in a careful transition which began in December 2020.  Tyler Francis acknowledges that the move to Eloy after so many years in the West Valley was not without its challenges, given the variations in soil, water, and air.

There is also a difference in cultural farming practices and definitely a more rural setting..

“It made us better farmers due to needing to ensure best practices for growing a highly specialize horticulture crop in a new environment,” Francis told AZ Free News.

There are 37,000 types of registered roses worldwide, although many from before the 1970s are no longer commonly available. It is also extremely difficult for new varieties to come to market despite improved breeding efforts, according to Francis.

“Roses are quite hearty but like anything they are susceptible to weaknesses over time,” Francis said. “At Francis Roses, we’ve taken a very long approach to how we introduce a new variety.”

Francis pointed out there is a vast difference between the genetics of garden roses compared to roses grown to be sold as cut roses.  Specialty roses like those Francis Roses grows are a big economic engine with a small environmental footprint, with 400 acres of his roses generating the same revenue as 15,000 acres of cotton.

And Francis is cognizant of the challenges agri-businesses face, which is why he takes the position that the other commercial rosebush growers are not competitors. He looks at them instead as potential customers, an attitude he further developed during a recent stint as president of the Arizona Nursey Association.

Francis’ background in economics becomes obvious when he begins to talk about rosebushes, or “units” as he refers to them. He also recognizes the economic impact Francis Roses brings to the Eloy area and the future growth potential.

Which is one reason Francis is deeply committed to the company’s research and development efforts which have led to propriety methods of fertilizers and other products to help maintain moisture in soil. The company has also chosen to work with only the most respected rose breeders in the world.

It can take two years for a Francis Roses rosebush to grow just a few inches, and each will inspected several times before being shipped off to farms and nurseries across the globe. One such facility is co-owned by Francis Roses in Texas where the rosebushes grow bigger before being sold or distributed to retail clients such as Armstrong Garden Centers.

Francis Roses grows about 400 varieties of garden roses at any given time, and evaluates 400 to 600 more varieties for features such as color, disease resistance, and fragrance. It can harvest upward of eight million units annually, but giving life to some of the world’s most prized roses requires a lot of work, and workers.

Some of those workers are fulltime employees with ag-related degrees, while the majority come to Arizona for several months at a time under H2A visas as temporary agricultural workers.

The state’s housing shortage, which is particularly acute in Pinal County, has  required Francis Roses to think outside the box to care for those workers. The company recently partnered with Clayton Homes to provide on-site housing, and Francis is looking at other options to make the jobs more appealing to the workers.

“Without those workers we would not exist,” Francis said, adding that the company pays above average ag-business wages. “I am happy Francis Roses is able to provide high paying agriculture jobs in Arizona. The vitality and diversity of the state’s economy is important to me.”

FUN FACT: Most cut roses purchased from a florist for Valentine’s Day or Mother’s Day do not come from U.S. rose farms. Instead, they are imported from South America, particularly Ecuador and Columbia.