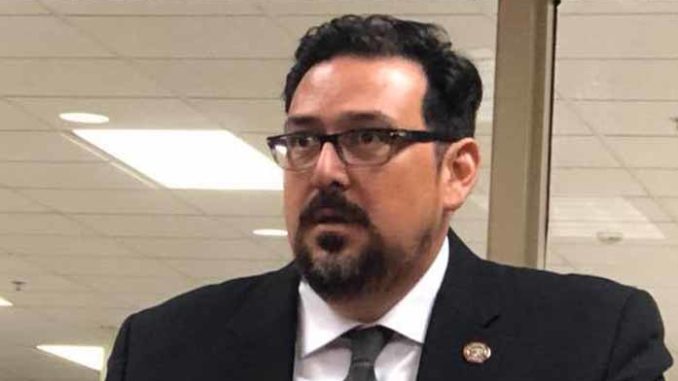 The Democratic primary for secretary of state race is heating up after reports that Reginald Bolding will release opposition research on Adrian Fontes in the near future.

The news prompted Fontes to issue a video to dissuade the significance of whatever Bolding plans on releasing. He didn’t elaborate on what the opposition research would entail, but he assured the public that the potential controversies had no bearing on his ability to serve.

Fontes alleged that Bolding was acting out in anger due to recent media reports on his dark money ties, and because media revealed that a supporter of Fontes filed a complaint on the dark money issue. Fontes also called for Bolding to drop out of the race.

“He is going to try to levy some personal attacks on me, on things that have nothing to do with the office, on irrelevancies, which is what desperate politicians will do,” said Fontes. “Know this: there is no Democrat in this race that is better to beat Mark Finchem in the fall.”

Bolding hasn’t addressed the claim of his dropping opposition research. Instead, the minority leader tweeted that not every post on Twitter contained real information.

Bolding came under scrutiny this week after reports emerged that his campaign was propped up by dark money from the political action committee (PAC) of his voting rights nonprofit: Our Voice, Our Vote Arizona. The nonprofit’s PAC funded campaign ads for Bolding. Dark money refers to funds whose sources aren’t disclosed.

“There’s definitely a separation between community organizing and dark money entities that have been designed to change the election outcome,” said Bolding.

The news of Bolding’s ties came several weeks after reports came out that Bolding raised more than any other Democrat among state House candidates and officeholders.

Our Voice, Our Vote is part of Activate 48, a coalition of Black, Indigenous, People of Color (BIPOC) organizations. Several other members of Activate 48 endorsed Bolding and campaigned for him: Living United for Change (LUCHA), Mi Familia Vota, and Chispa.

One recent Activate 48 mailer for Bolding included the Planned Parenthood for Arizona (PPAZ) endorsement. Both Bolding and Fontes served on PPAZ’s board in the past.