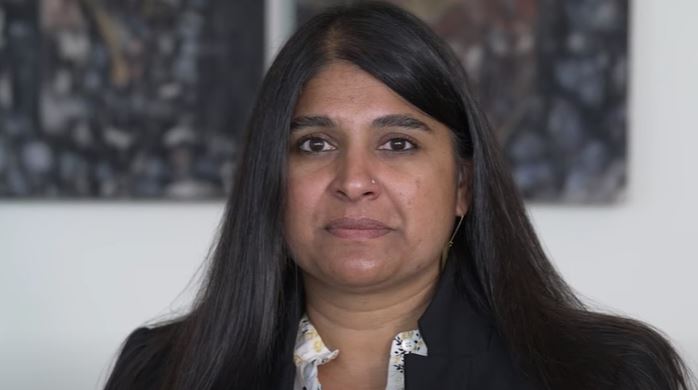 As AZ Free News reported, Desai has long defended and advanced Democratic Party interests. In addition to the nature of the cases she’s taken on over the years, Desai serves on a number of boards advancing progressive causes: Just Communities Arizona (JCA), which advocates for abolishing prisons; Save Our Schools Arizona (SOSAZ), which advocates for an end to school choice; National Cannabis Roundtable, which advocates for federal marijuana legalization; and Arizona Center for Law in the Public Interest, which litigates to advance progressive initiatives. In the past, she served on the boards of New Pathways for Youth, ACLU of Arizona, and Arizona Family Health Partnership.

During the Senate Judiciary Committee’s confirmation hearing earlier this month, Senator Ted Cruz (R-TX) cited Desai’s decades of championing progressive causes. He asked if her personal views would bleed into her judiciary rulings. Desai said there was a distinction in roles between lawyers and judges.

“No matter what matter I have in front of me, and no matter what my personal or political views may be, they will not play a role in any case or decision that comes before me,” insisted Desai.

Desai rejected characterization by Senator Thom Tillis (R-NC) that the bulk of her clients were Democrat-affiliated. She asserted that she’s represented corporations, small business owners, and even the government in a range of issues from business to constitutional law disputes.

“My work as a litigator for almost 20 years spans a much broader range of clients and matters than just the ones you’ve referenced,” said Desai.

At the opening of the hearing, Senator Kyrsten Sinema (D-AZ) offered a lengthy opening statement in favor of Desai. Sinema characterized Desai as a balanced arbitrator of the law.  In the past, Desai served as legal counsel for Sinema’s campaign. Senator Mark Kelly (D-AZ) also issued support for Desai’s nomination.

Like both of Arizona’s senators, the other Democratic senators didn’t venture an in-depth exploration of Desai’s views. Senator Cory Booker (D-NJ) used his time to heap praise and gratitude on Desai. His remarks echoed the remarks he issued during the confirmation hearings of now-Supreme Court (SCOTUS) Justice Ketanji Brown Jackson.

Senator Amy Klobuchar (DFL-MN) remarked repeatedly that Desai received bipartisan support among the likes of politicians, lawyers, and law enforcement. Desai explained that support for her nomination was rooted in her equal and fair application of the law.

“I would point to my respect for the rule of law. Our system of justice demands judges to apply the law objectively, fair-mindedly, and to honor the precedent of our courts,” replied Desai.

By contrast, the Republican senators were more direct about discerning the nature of Desai’s legal career and how it would relate to her appointment in the Ninth Circuit. Desai didn’t elaborate on the impetus of her legal work, instead recounting the basic facts of the cases in question and repeating that she would stand by higher court precedent.

Concerning elections, Senator Chuck Grassley (R-IA) asked Desai to explain why she opposed Arizona laws banning ballot harvesting. Desai explained that she believed in her case, Brnovich v. Democratic National Committee, that the two Arizona laws banning out-of-precinct voting and ballot harvesting, respectively, violated the Voting Rights Act (VRA). She added that, although the Supreme Court (SCOTUS) didn’t agree with her argument, it did impose a test reviewing laws for discriminatory effects or results — guideposts that Desai pledged to follow if confirmed to the court.

Grassley then asked Desai whether she believed that Christians refusing services to same-sex couples such as wedding invitations constituted religious discrimination, citing her arguments in the case Brush & NIB Studio, LC v. City of Phoenix. The Arizona Supreme Court ruled that the city of Phoenix couldn’t compel businessowners to violate their religious beliefs by serving same-sex couples.

Desai didn’t answer Grassley directly, but said that she would uphold SCOTUS precedent on the matter.

Senator Mike Lee (R-UT) asked Desai about her involvement in a 2016 case, John Doe, et al. v. Heritage Academy Incorporated, et al., which argued that the Heritage Academy charter schools were imposing a religious education. Desai represented the plaintiff in the case, which was ultimately instigated by Americans United for Separation of Church and State, an organization seeking to eradicate Christian religion from the public sector. Lee asked Desai to explain the legal standard supporting her argument in her case brief, which proposed that SCOTUS precedent in Sherbert v. Verner supported that the charter schools’ teachings imposed a burden on students who didn’t share the same beliefs.

Lee countered that the SCOTUS ruling didn’t contain any of the arguments she proposed in her brief. Desai said she couldn’t recall the details of the case, but insisted she would follow SCOTUS precedent.

“It does cause me some concern because the source of authority is one you can’t identify, I believe because it doesn’t exist,” said Lee.

There were several other legal endeavors of Desai’s not addressed at length in the Senate confirmation hearing.

Concerning schools, Desai served as counsel for the Arizona School Boards Association (ASBA). With her help, ASBA defeated the state’s mask mandate ban last November and overturned a number of laws tied to the state budget — including a ban on Critical Race Theory in K-12 classrooms. Desai also defended a challenge to Prop 305, a ballot initiative from SOSAZ. Shortly after, Desai joined their board of directors, where she remains at present.

Desai also served as counsel for Prop 208 and authored its summary: a ballot initiative to increase teacher funding through an additional income tax. If approved, that measure would’ve rendered Arizona the tenth-highest tax rate in the nation.

Additionally, Desai authored Prop 207’s summary: the ballot initiative that legalized marijuana for adults over 21 years old. Afterwards, the National Cannabis Roundtable appointed her to their advisory board.

In the wake of the latest confirmation hearing, Republicans have issued public criticisms of Desai. Mike Davis, founder of an organization that advocates for constitutional judiciaries called Article III Project (A3P), insisted to Fox News host Laura Ingraham that Desai was a “left-wing radical” and one of the worst Biden nominees.

“She also thinks that our criminal justice system is racist. She’s going to have a hard time doing her job,” claimed Davis.

A3P also issued several reports on Desai’s career and what that will mean for the Ninth Circuit.