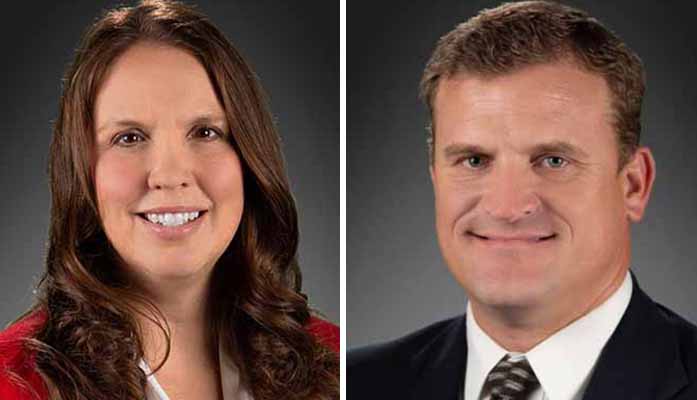 On Monday, the Arizona House awarded a proclamation to an illegal immigrant activist group for their advocacy concerning in-state tuition, mental health, and education for illegal immigrants. State Representatives Michelle Udall (R-Mesa), Joel John (R-Buckeye), and Diego Espinoza (D-Tolleson) introduced the proclamation, which thanked the group, Aliento, for serving those of “mixed-documented” backgrounds.

Udall thanked Aliento for its polite and consistent work with the legislature and those of various legal and illegal backgrounds.

Reyna Montoya, co-founder of Aliento and protected from deportation due to the Obama-era Deferred Action for Childhood Arrivals (DACA) program, celebrated the proclamation. Montoya founded Aliento in 2016 after experiencing “compounded trauma and education barriers” from growing up as a DACA recipient, or “Dreamer.” Montoya was 10 years old in 2003 when her mom smuggled her from Tijuana, Mexico, to Arizona.

Despite not knowing English in the 8th grade and not having proper identification like a Social Security number, Montoya was admitted to college and earned her bachelor degrees in political science and transborder studies from Arizona State University (ASU) — even being recognized as ASU’s “Most Outstanding Undergraduate Student” — and a master’s degree in secondary education, ultimately earning many more accolades and recognitions including the 2018 Forbes: 30 Under 30 for social entrepreneurism.

DHS estimated around the time of Hanen’s ruling that over 825,000 individuals have benefited from DACA in all, with over 250,000 children who have at least one DACA parent. The latest available federal data estimated that there were over 640,700 active DACA recipients.

Those who were DACA eligible had to have come into the country before they were 16 years old; had to have resided in the country for five consecutive years; had to be attending school, graduated high school, obtained their GED, or be honorably discharged from the Coast Guard or Armed Forces; had not been convicted of a felony, significant misdemeanor, multiple misdemeanors; and wasn’t over 30 years old.

Udall and John forced a vote on SCR 1044 by joining all House Democrats. They were later joined by Representatives David Cook (R-Globe) and Joanne Osborne (R-Goodyear). The remaining 13 Republicans opposed the resolution.

Udall cited the need for more working-class individuals as a reason for supporting SCR 1044. She also insisted that illegal immigrant children shouldn’t bear the brunt of their elders’ mistakes.

“We need more college-educated teachers, health care workers, lawyers, engineers and a host of other occupations,” stated Udall. “The youth this bill seeks to help shouldn’t be blamed or judged based on others’ actions. They were brought here as minors, as children.”

SCR 1044 will appear on the ballot in November.