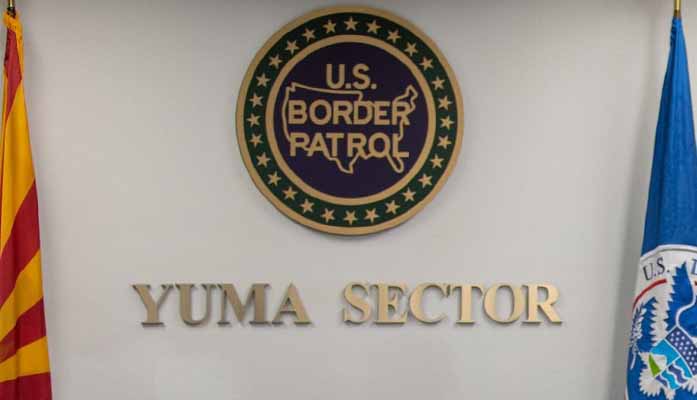 Federal, state, and local law enforcement officials across the southwestern U.S. border are preparing for an unprecedented number of non-U.S. citizens crossing into the country in May, thanks to a recent White House announcement about Title 42.

One of those officials is Chris T. Clem who took over in late 2020 as chief of the USBP’s Yuma Sector, a 181,670 square mile area along the 126 miles of U.S. / Mexico border between California’s Imperial Sand Dunes and the Yuma – Pima county line.

Clem brought 25 years of agency experience with him, including time with the El Paso Sector. But nothing could prepare him for the challenges he and his team would experience just one year later.

In early December 2021, Yuma Mayor Douglas Nicholls declared a state of emergency after USBP Yuma Sector agents apprehended 6,000 people in five days. It was the same number of apprehensions the Sector made in an average month, and many others were able to get past the overwhelmed agents.

On one weekend in mid-December, Clem announced more than 2,600 undocumented non-U.S. citizens (UNCs) had been encountered . There have also been multiple water rescues the last few months from the Salinity Canal, which has a swift current and steep banks putting agents at great risk.

While the current apprehensions in Yuma Sector are no longer breaking records, Clem’s agents have continued to stop UNCs from getting into the country. Many have been violent criminals, such as Omar Martinez-Gomez, a Mexican national arrested in March after it was determined he had been convicted of aggravated assault domestic violence for strangling his pregnant girlfriend.

Also apprehended last month was Carlos Enrique Naranjo Angel for illegally entering the U.S. after agents discovered Angel, 48, was previously convicted of sexual conduct with a child age three or under.

But come May 23, all bets could be off if the Biden Administration follows through on threats to lift Title 42 authority at the border. Title 42 of the U.S. Code has, since the 1890s, given federal public health officials power to take extraordinary measures during a pandemic to limit the introduction of communicable diseases.

Former President Donald Trump, through the Centers for Disease Control and Prevention, invoked the authority in March 2020 as a way to slow COVID-19 at the U.S.-Mexico border by permitting border officials to deny entrance to anyone trying to enter the country. Reports show that more than 1.7 million people have been turned away under Title 42 authority.

The recent decision to forgo Title 42 was made after “considering current public health conditions and an increased availability of tools to fight COVID-19 such as highly effective vaccines and therapeutics,” the CDC stated. Now, federal, state, and local officials fear the number of UNCs trying to get into the U.S. along the entire southwestern border will jump from about 7,000 per week to that many or more per day.

U.S. Senator Kyrsten Sinema has called on President Joe Biden to not end the Title 42 directive until a “firm, workable plan” is in place. Doing so without a comprehensive plan will put Arizonans as well as immigrants at risk, the Senator said.

Last month, the Chief and Sinema took part in a virtual roundtable with federal and non-governmental organizations to discuss solutions to the border crisis. Clem also spoke with Sinema about the resources which will be needed to manage the flow of immigrants.

“I’m grateful for Chief Clem’s work in keeping Arizona communities safe, and I will continue working with him and all of our partners on the ground on identifying solutions to strengthen our border security and ensure migrants are treated fairly and humanely,” said Sinema, Chair of the Senate Border Management Subcommittee.