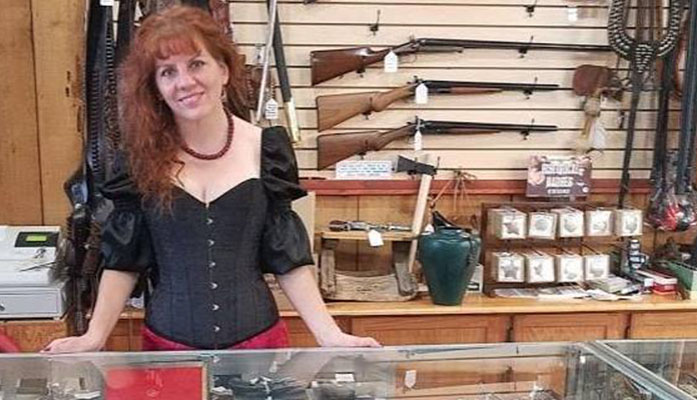 Private companies are free to discriminate against a business which is connected in some way to the firearms industry, but they should not be able to contract with the State of Arizona or other public entities if they do so.

That is the gist of House Bill 2473, which would cut off government contracts to any company that will not certify it does not currently discriminate against a firearm manufacturer, retailer, wholesaler, supplier, or distributor, as well as a shooting range or firearm trade association. The company must also promise to not undertake such discrimination during the duration of the contract.

The intent is to prevent companies from using revenues procured from taxpayers to undermine the 2nd Amendment rights of those who paid for those contracts, according to HB2473’s sponsor, Rep. Frank Carroll.

HB2473 cleared the State House back in February and is now making its way through the Senate. Last week, Sen. David Gowan of the Senate Appropriations Committee welcomed testimony from people whose businesses have been impacted by discrimination against the firearms industry.

Among those who spoke was Tim Lowney, the vice president of operations for Sturm, Ruger & Company, which employees more than 400 Arizonans. Lowney told the committee that a few years ago Bank of America announced it would no longer do business with Ruger because it was part of the firearms industry.

“It was not based on any banking risks,” Lowney said, “We have a very strong balance sheet. We have virtually zero debt.”

Ruger, one of the top-rated gun manufacturers, was able to find another financial institution that wanted the company’s business, “but now that bank is starting to say the same thing,” Lowney said.

Carroll also addressed the committee, telling senators HB2473 “ensures corporations cannot benefit from contracts and subcontracts funded by taxpayers only to use their financial strength to unfairly discriminate against the firearm industry.”

The legislation stems in part from the Obama-era Operation Chokepoint to discourage -and in some cases, prevent- financial institutions such as banks and credit unions from providing services to a firearms manufacturer or even a neighborhood gun shop.

“Due to this deliberate action on the part of the Obama administration, some banks have ended relationships with legal and legitimate companies solely based on social and political views,” according to National Shooting Sports Foundation (NSSF) which serves as the firearms industry trade association.

The position of NSSF is that corporations are “free to hold anti-Second Amendment policies if they choose” but should then forfeit their ability to compete in Arizona for public contracts which are funded by taxpayers.

The attention to attacks by private companies such as banks against the firearms industry comes as the NSSF recently released its 2022 Firearms and Ammunition Industry Economic Report.

According to the report, the industry generated more than $70.5 billion in revenue in 2021, driven by nearly 5.4 million new gun owners in 2021. And then there are the 375,000 jobs which support the industry and generated nearly $21.4 billion in wages at a time many industries were still reeling from the pandemic.

The NSSF reported about 169,000 of those workers are employed by gun and ammunition makers, wholesalers, and dealers. The other 206,000 or so are employed by suppliers and ancillary industries.

Nearly 12,000 of the jobs, along with $778,635 in wages, were based in Arizona, the report noted. That put Arizona in the top ten of total industry related jobs. The state is also in the top 10 states for federal excise taxes generated.

“The economic contributions of our industry are indisputably contributing to every state and every community,” NSSF CEO Joe Bartozzi said in a statement. “This is the hallmark of the hard-working men and women who prove that the American firearm and ammunition industry is strong.”