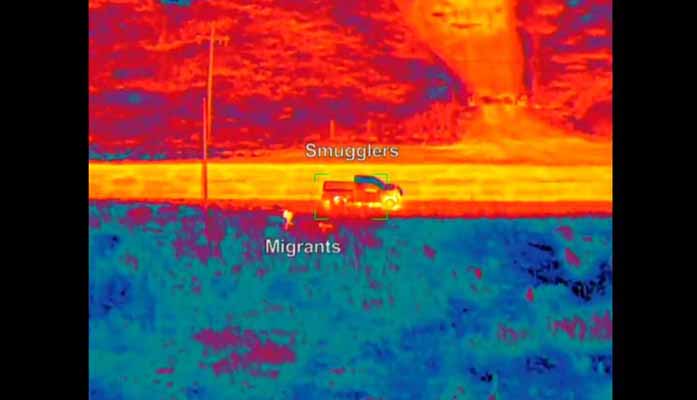 As politicians and pundits debate whether the Title 42 public health directive should end May 23 along the southwest border, the men and women of the U.S. Border Patrol’s Tucson Sector continue to risk their lives protecting the country.

That is the message from USBP Tucson Sector Chief John Modlin, who took to Twitter several times last week to demonstrate the efforts by his 3,700 agents and the dangers they face.

In one of his tweets, Modlin celebrated drone technology which led to a smuggling arrest near Douglas.

And on April 10, Modlin tweeted about an attack on one such agent who was patrolling near the border fence in Cochise County.

Also on April 10, Modlin tweeted about a human smuggling arrest made by his agents from the Sector’s Willcox Station. According to Modlin. USBP agents pulled behind a vehicle near Benson when suddenly the driver pulled into a parking lot and entered a store.

The driver was arrested and seven undocumented non-U.S. citizens were apprehended. A firearm was also seized during the incident, Modlin noted.

USBP agents never know who they will encounter. Such as what happened Saturday when Tucson Sector Border Patrol Tactical Unit (BORTAC) agents near Douglas arrested Antonio Hernandez-Lincona. According to Modlin, Hernandez-Lincona has “several prior convictions of unlawful sexual intercourse with a minor” in California.

Modlin also tweeted on April 9 about the seizure of more than 18 pounds of deadly fentanyl at the Interstate 19 checkpoint.

And on April 8, Modlin once again used Twitter to publicize the capture of nine migrants being smuggled in a pickup pulling a horse trailer.

Also last week, more than 50 adult Cuban nationals were encountered by USBP agents near Sasabe. There were also citizens from Guatemala and Nicaragua in the same group, Modlin reported.

Then on April 7, Modlin tweeted about the involvement of his agents in returning a rape suspect to Mexican authorities.

Earlier in the week, Modlin shared information about the arrest of Efrain Guillen-Olivas who faces criminal charges in the U.S. after illegally crossing the border near Naco.

Guillen-Olivas, a Mexican national, “has an extensive #criminal history, including felony #convictions for aggravated assault with a deadly weapon, kidnapping, and sexual assault,” according to Modlin’s April 6 tweet.

Modlin also shared information on his Twitter account about the efforts of one of his agents to provide emergency medical care until a migrant could be airlifted to a hospital.