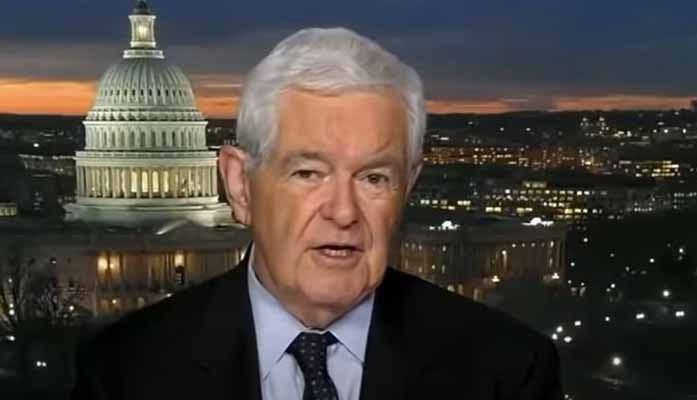 The governor announced that families may receive up to $7,000 to receive the education of their choice if their child’s school decides to cease in-person learning due to COVID-19. Ducey allocated $10 million to what he called a “preemptive action” program: the Open for Learning Recovery Benefit.

“Governor Ducey’s announcement that Arizona will give the education money to parents if their school is closed is the most creative response yet to the teachers union putting children last,” wrote Gingrich. “Chicago should follow his lead.”

Gingrich’s tweet referred to the decision by the Chicago Teachers Union (CTU) on Tuesday night to return to remote learning. A day later, hours after Gingrich’s tweet, Mayor Lori Lightfoot appeared in a press conference to reemphasize the importance of in-person education. Lightfoot had pushed for school reopenings throughout 2021 in a constant battle with the CTU and Chicago Public Schools (CPS).

As Ducey made his media rounds to discuss his program, he submitted an opinion piece with the Wall Street Journal criticizing the CTU, CPS, and Lightfoot’s administration the day after her press conference. Ducey challenged President Joe Biden to take a stand on school closures as well.

“Even Mayor Lori Lightfoot is unhappy, correctly noting that Chicago’s classrooms are safe and accusing the union of an ‘illegal work stoppage.’ She added that teachers who didn’t show up Wednesday would be put on no-pay status. We’ll see how long that lasts given how powerful the CTU is in Democratic politics,” wrote Ducey. “As for Mr. Biden, whose side is he on? The students whom he says will be safe in class according to all of the science? Or the unions who backed him politically but are doing terrible harm to America’s school children, including 330,000 of them in Chicago this week? How about leading for a change, Mr. President?”

Ducey’s program was prompted by teachers unions’ efforts to close in-person schooling, having children return from the holidays to remote learning for two weeks minimum. Ducey accused unions of disregarding children’s welfare for a political game.

On Thursday, the governor further claimed that his $10 million program would be “kryptonite” to teachers unions. He dismissed the activists as those opposed to science and challenged their true intentions.

“These unions are playing games with our children’s education. They aren’t following the science. Experts agree that kids should be in the classroom,” stated Ducey. “Our kids cannot afford any more time away from the classroom. Arizona children are in school and they’re going to stay in their classrooms. […] Kids need to get caught up. There’s too much focus on masks, and not enough on math. Arizona is showing the way to keep kids in school.”