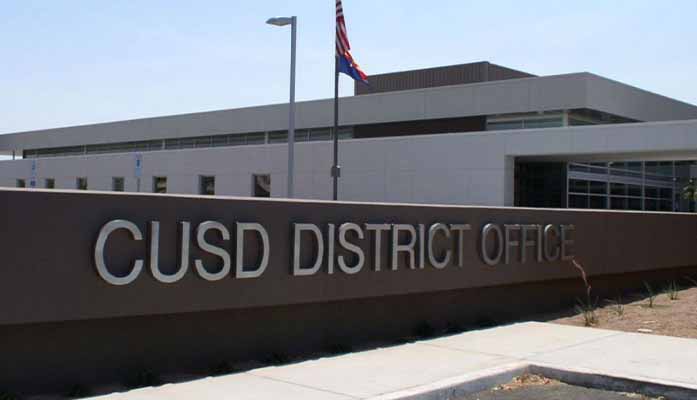 Chandler Unified School District (CUSD) teachers are pushing the adoption of a rebranded version of social-emotional learning (SEL) referred to as “Windows, Mirrors, and Sliding Glass Doors” (WMSGD). SEL itself is a guise for controversial educational approaches such as Comprehesive Sex Education (CSE) and Critical Race Theory (CRT).

Windows, Mirrors, and Sliding Glass Doors was first introduced as the “windows and mirrors” concept in 1988 by a white woman, Emily Styles. It was later picked up and popularized in a 1990 essay by a black woman, Dr. Rudine Sims Bishop, with the addition of “sliding glass doors”—children not only see into others’ perspectives (windows) and reflections of themselves (mirrors), they are able to step into others’ perspectives (sliding glass doors). The essay insisted that children can and must understand the world through multiculturalism, and that books should reflect that reality. Multiculturalism signifies a diversity of cultures, ethnicities, and races; it’s an offshoot of intersectionality, which reduces an individual to different aspects of their identity — such as race or sexuality — in order to create a hierarchy of discrimination, oppression, and privilege.

Bishop claimed that children could be affirmed, uplifted, or even offended by books. In reference to children’s interaction with majority-white literature, Bishop asserted that “nonwhite” children understand how they are “devalued” in modern society. She further suggested that a lack of diversity within children’s books contributed to racism, or a “dangerous ethnocentrism,” which she claimed was still pervasive.

“When children cannot find themselves reflected in the books they read, or when the images they see are distorted, negative, or laughable, they learn a powerful lesson about how they are devalued in the society of which they are a part,” claimed Bishop. “Children from dominant social groups have always found their mirrors in books, but they, too, have suffered from the lack of availability of books about others. They need books as windows onto reality, not just on imaginary worlds. They need books that will help them understand the multicultural nature of the world they live in, and their place as a member of just one group, as well as their connections to all other humans. In this country, where racism is still one of the major unresolved social problems, books may be one of the few places where children who are socially isolated and insulated from the larger world may meet people unlike themselves. If they only see reflections of themselves, they will grow up with an exaggerated sense of their own importance and value in the world—a dangerous ethnocentrism.”

Windows, Mirrors, and Sliding Glass Doors doesn’t just address race—since it’s steeped in the principles of cultural responsiveness and equity, it also offers a framework suitable for broaching topics of sexuality. One example of this is the children’s book on gender identity, “It Feels Good to Be Yourself” by Theresa Thorn, marketed for children 4-8 years old.

On all fronts, the Bishop teaching approach mirrors SEL.

In the push for adopting Windows, Mirrors, and Sliding Glass Doors, it appears that the teachers are being led by their most esteemed peers. During CUSD’s Governing Board meeting on Wednesday, the first to advocate for a Windows, Mirrors, and Sliding Glass Doors curriculum was Chandler High School (CHS) teacher Sara Wyffels. She claimed schools weren’t effectively humanizing or providing unspecified resources to their students. Wyffels has taught with CUSD for 15 years and earned Arizona Teacher of the Year in 2021.

“I would like some support to humanize public education: the teachers, students, and curriculum,” said Wyffels. “This is an amazing opportunity to validate students as humans existing in this world and to provide resources to meet the needs of our children.”

Wyffels added that she not only teaches Spanish to her students, she validates students as humans and provides other resources to fit their needs — though she didn’t specify what those “needs” were, or what she was providing. Wyffels also asked for assistance from parents and community members for herself and all other educators because their teachers were “in crisis.”

The Declaration of Independence already identifies and protects the dignity and worth of individuals. That validation of humanity is further secured by the Constitution and the Bill of Rights.

“We hold these truths to be self-evident, that all men are created equal, that they are endowed by their Creator with certain unalienable Rights, that among these are Life, Liberty and the pursuit of Happiness. That to secure these rights, Governments are instituted among Men, deriving their just powers from the consent of the governed,” reads the Declaration of Independence.

In a written reflection inspired by a Proverb from the Bible, former President Abraham Lincoln further clarified one of the main purposes of the founding documents.

“There is something back of these, entwining itself more closely about the human heart. That something is the principle of ‘Liberty to all’ — the principle that clears the path for all — gives hope to all — and, by consequence, enterprize [sic], and industry to all. The expression of that principle, in our Declaration of Independence, was most happy, and fortunate. Without this, as well as with it, we could have declared our independence of Great Britain; but without it, we could not, I think, have secured our free government, and consequent prosperity. No oppressed people will fight, and endure, as our fathers did, without the promise of something better, than a mere change of masters,” wrote Lincoln. “The assertion of that principle, at that time, was the word, ‘fitly spoken’ which has proved an ‘apple of gold’ to us. The Union, and the Constitution, are the picture of silver, subsequently framed around it. The picture was made, not to conceal, or destroy the apple; but to adorn, and preserve it. The picture was made for the apple — not the apple for the picture. So let us act, that neither picture, or apple shall ever be blurred, or bruised or broken. That we may so act, we must study, and understand the points of danger.”

Though she wasn’t as explicit about her support for implementing a Windows, Mirrors, and Sliding Glass Doors curriculum, CHS World History teacher and 2021 Chandler Woman of the Year Gloria Garza-Wells said that test scores were down because they weren’t meeting the needs of students and their families.

“By offering a curriculum centered on honesty, integrity, and courage we can provide the windows and doors to make sure that every child is seen,” asserted Garza-Wells.

CHS dual enrollment English teacher and Arizona State University (ASU) faculty associate Dr. Monica Baldonado-Ruiz praised Bishop’s idea that students should see their identities reflected in the curriculum and the ways they’re taught. As she began to cry, she apologized for “get[ting emotional.”

“For most of their school experience, many of our students have only seen windows. They have not been reflected in the curriculum. Their experiences have not been celebrated or highlighted as points of genius. I speak as one who never saw herself reflected in curriculum until she went to college,” said Baldonado-Ruiz.

Former Arizona Superintendent of Public Education Diane Douglas wrote at length in an Arizona Daily Independent opinion that the push for “safe sex” education for children wasn’t safe for the children at all. Rather, Douglas asserted that children lacked the maturity to process sexuality materials.

“There is NO kind of sexual activity—heterosexual, homosexual, bi-sexual, any SEXUAL—that is ‘safe’ for emotionally immature school-aged children—male or female—even those who have reached that miraculous, chronological ‘age of majority’—18 years old. Nor is it my business how consenting adults choose to privately express their sexual beliefs and inclinations unless it crosses the line into abusing children or stealing their innocence with public sexual exhibitions or desensitizing and sexualizing children; deluding them that they too should and can be safely, sexually active,” wrote Douglas.