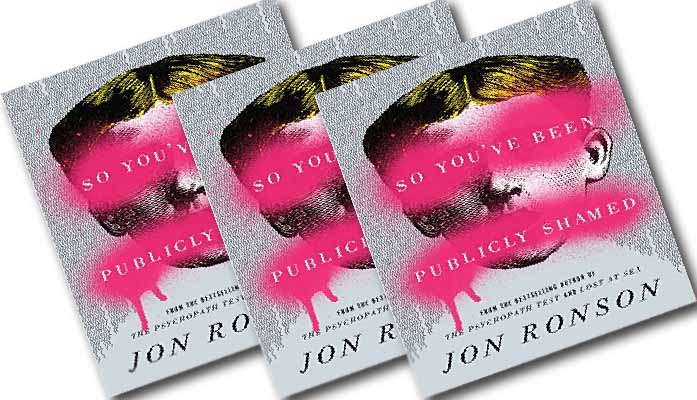 The father, Thomas Morton, discovered that the initial assignment offered no content warnings or alternatives to the book. Instead, the assignment included a note suggesting that the students research the author. Immediate information about the book doesn’t indicate any of its sexual or pornographic content. It was only five weeks after receiving the initial assignment that his then-15-year-old daughter was given an alternative option in an email from her principal. That update didn’t offer any indication that the book was inappropriate.

The initial assignment told the students that upon returning to school in August, they would be given a timed writing prompt on “how the author incorporates humor along with informational text to achieve his purpose” in which they would have to quote directly from the book. The assignment also revealed that the book was available in the school library.

In an interview on Friday with Conservative Circus, Morton told radio host James T. Harris how he discovered the book.

“It came to light to me after my daughter and I discussed the book. She was too embarrassed to tell me the pornographic details, but she told me the book was generally about the Twitter mob publicly shaming people,” explained Morton. “I saw more and more things that concerned me, and I was pushed to have to really try to draw attention to this when I got to the part about a guy – uh – we’ll say impregnating his dog himself.”

Morton promptly wrote a letter to PVUSD Governing Board to contest the book on November 1. That letter is embedded below.

According to Morton’s interview, the teacher who assigned the material refused to answer questions about why the book was assigned and whether he’d read the book himself. The English teachers who assigned the material, Brian Morgan and Jay Parizek, teach at Horizon High School (HHS). The principal who sent the alternative assignment email after 5 weeks was HHS Principal Linda Ihnat. Neither the teachers or the principal has reportedly faced any disciplinary action for the assignment.

Morton’s further inquiries into the matter yielded another discovery: this was the second year that the same book was assigned. Following a mother’s complaint about the book in 2019, PVUSD Assistant Superintendent Dr. Dan Courson promised to prohibit the book from being assigned in the future.

Arizona law prohibits the distribution of pornographic or obscene material to children. According to A.R.S. 13-3506, it is a class 4 felony for a person to knowingly and “recklessly furnish, present, provide, make available, give, lend, show, advertise or distribute to minors any item that is harmful to minors.”

During the PVUSD Governing Board meeting on November 4, several days after Morton’s letter to the board, HHS English Department head Rachel Prince defended her fellow English teachers as dedicated individuals committed to reaching their students “in new ways” and creating classrooms that are “inviting and inspiring.” It is unclear whether Prince broached the topic of the contested book – the board cut her mic once her allotted 3 minutes of public comment were up.

“They have, as all teachers, been tasked with preparing their students academically, socially, and emotionally for a world that they will face after graduation and that grows more complicated every day,” said Prince.

According to emails obtained by AZ Free News PVUSD Superintendent Dr. Troy Bales claimed that the assignments were “a mistake.” During the PVUSD Governing Board meeting on Thursday, Bales apologized for the book. The superintendent said that it was inappropriate and explained that it had been assigned despite past instructions to teachers to not reassign it. He advised parents to read an apology and explanation letter he’d sent last week, which also detailed PVUSD action steps to rectifying the issue such as reinforcing and expanding notification procedures for parents and administration concerning books not included as approved curriculum.

“Though we believe it’s important to balance preparing AP students for college-level academics, it’s equally important to provide age-appropriate materials and coursework,” said Bales. “Moving forward, we have immediate and short-term steps to respond appropriately. Some of those steps were described in the letter and I encourage you to read it.”

In public comments at the meeting, one father excoriated the board for not taking action on the unapproved, contested curriculum when they’d promised to do so last year. He shared how his own daughter took it upon herself to redact an assigned book for fear that her younger sister would read it.

“The books that we’re bringing in are filth. And there’s no reason for it. I should not have a daughter of mine be crossing out material in a book. And the reason why she crossed it out was not for herself, because she’s old enough to handle and learn things that she thought was inappropriate – it’s because she thought her younger sister was going to grab it,” said . “What are we doing? When our children are having to police the books for their younger siblings. It’s a shame. And these books should never have been there. They’ve never been approved.”

A mother urged accountability for Morgan, Parizek, and all other teachers assigning explicit material to be fired and investigated.

Morton said that he will be removing his child from Morgan and Parizek’s class, filing complaints to the police and the Arizona Department of Education (ADE) about both teachers and the principal involved.