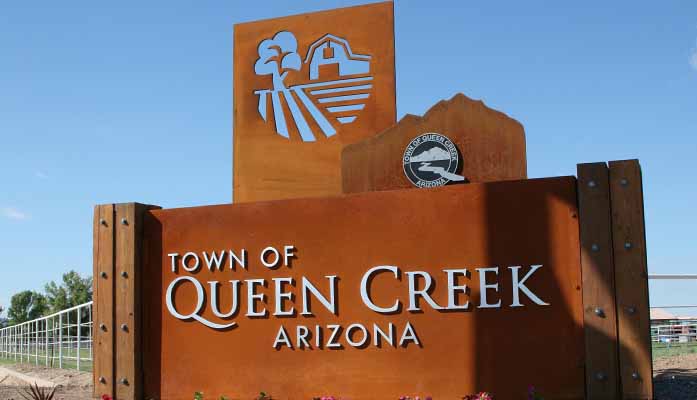 The Arizona Court of Appeals has affirmed the dismissal of a lawsuit filed in 2019 against the Sun Valley Farmers Property Owners Association of Queen Creek involving a developer’s plans to build multi-family housing on land the company owns.

In its Oct. 5 unanimous decision, the appellate court sided with a Pinal County judge who ruled earlier this year that AZ Developers LLC would have violated the Association’s lawfully enacted Conditions, Covenants and Restrictions (CCRs) by trying to construct an apartment complex on a parcel of land it purchased in June 2018.

According to court records, AZ Developers hired an architectural firm to design preliminary site and building plans for what would have become Ocotillo Crossings Apartments. But nothing more could happen until the parcel’s SR (Suburban Ranch) and CB-2 (General Business) zoning was changed and its land-use designation changed.

The Association president learned of the company’s plans during a community meeting, and later inquired with AZ Developers about how it was going to address the CCRs which state there “shall be no more than one single family residence…per parcel.”

AZ Developers soon initiated legal action against the Association, asking a Pinal County judge to rule that the language of the CCRs did not actually prohibit multi-family units and to order that the Association be barred from trying to derail the company’s plans.

Among the arguments put forth by the developer was that revisions made to Sun Valley Farms’ CCRs in 1996 were not properly made. The company also argued the CCRs were vaguely worded and thus could not be relied on to prohibit building multi-family units within the Association’s boundaries.

The Association responded by filing a motion for summary judgment, which allows a judge to dismiss a lawsuit early in the process if there is “no genuine dispute as to any material fact” and the requesting party is entitled to judgment as a matter of law.

Judge Stephen McCarville granted the motion for summary judgment, ruling that the 1996 version of the CCRs was duly adopted and recorded, and thus was enforceable. Which meant, McCarville ruled, that the “only interpretation” which could be made is that multi-family housing is prohibited on the land AZ Developers purchased.

McCarville also ordered AZ Developers to pay the Association’s attorney’s fees and costs from defending the lawsuit. The company then appealed, arguing that the CCRs did not specifically prohibit multi-family housing.

On Oct. 5, the court of appeals released its unanimous decision authored by Judge Sean Brearcliffe.

“In interpreting restrictive covenants, as with other contractual provisions, we give ‘effect to the intention of the parties as determined from the language, as well as the circumstances and purposes relating to its creation,’” Brearcliffe wrote, adding that the trial court properly determined “the plain intent and purpose of the restrictions was to limit any housing to single-family residences.”

And according to Brearcliffe, the Association could protest multi-family structures on the land owned by AZ Developers even if the CCRs do not include the words multi-family or apartment.

“That single-family residences are the only type of residences discussed and regulated reasonably indicates that other residential forms are prohibited,” the appellate decision states. “To allow apartment complexes here would similarly run counter to the CC&Rs.”

Summary judgment was also supported by the fact the CCRs made no mention of the type of construction mandates for multi-family residences that were specified throughout the CCRs for single family dwellings and associated structures such as garages, the decision states.

“Had the Association intended to permit multi-family residences on the land, it would have discussed the minimum livable area requirements for those buildings and it likely would have similarly discussed the number of permissible units,” Brearcliff wrote. “It would not have permitted multi-family housing to be built with no restrictions while setting restrictions for single-family housing.”

AZ Developers LLC can file a petition for review to the Arizona Supreme Court within 30 days of the Court of Appeals decision.