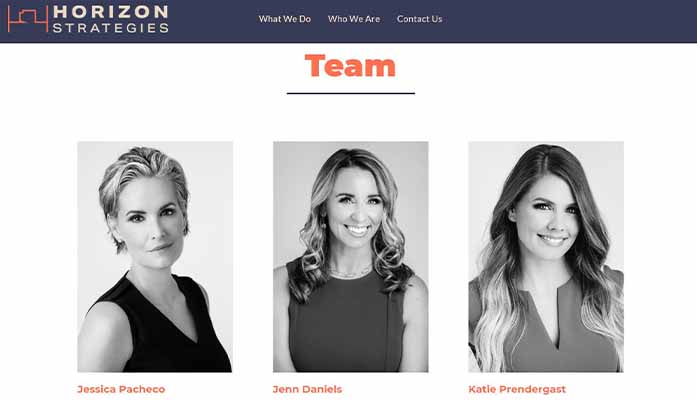 Former Gilbert Mayor Jenn Daniels has encouraged voters to support Gilbert’s $515 million transportation bond – a deal which her lobbying firm, Horizon Strategies AZ, could stand to benefit from greatly. Ballots for the all-mail special election began to be sent out last Wednesday.

The former mayor offered her endorsement on a text alert sent to Gilbert voters.

“Gilbert consistently ranks as one of the most desirable places to live because we have always focused on keeping taxes low and quality-of-life investments like safe roads, bike paths and improved technology to keep traffic moving,” read Daniels’ endorsement. “Question 1 is a responsible plan to keep up with growth and maintain our current streets and intersections. Please join me in voting YES on Question 1.”

Daniels’ endorsement was paid for by “Yes for Safe and Efficient Gilbert Roads,” sometimes also marketed as “Yes on Question 1.” The PAC disclosed that they received no funding from out-of-state contributors, and weren’t authorized by any candidate.

AZ Free News reached out to Daniels about her endorsement and potential benefits from the bond. She didn’t respond by press time. Daniels resigned from her position as Gilbert’s mayor last August, citing “personal reasons.” Shortly after, she turned her focus on building up her public relations and lobbying firm.

Former mayoral candidate Matt Nielsen raised concerns about Daniels’ endorsement of the $515 million transportation bond, noting that Horizon Strategies would stand to benefit from it. He told AZ Free News that the whole advocacy movement behind the bond was “really swampy.”

“What it is is that the language behind the $515 million dollar bond is so vague that it looks like a blank check for government spending. The $515 million wasn’t a price tag from looking at the needs of the town, saying ‘This is a dollar amount that is needed,’” asserted Nielsen. “It just reeks of backroom deals, bad behavior in government again.”

Two of Horizon Strategies’ key team members were lobbyists in their recent past.

Jessica Pacheco worked as a lobbyist for power giant Arizona Public Service Company (APS) and their parent company, Pinnacle West Capital Corporation from 2010 to 2020, as well as the Arizona Chamber of Commerce from 2007 to 2008 and SunCor Development Company in 2010.

Katie Prendergast also formerly worked as a lobbyist for power giant APS and Pinnacle West Capital Corporation from 2014 until last September. Prendergast’s profile on the state lobbying portal doesn’t include her work as a lobbyist for the Arizona Small Business Association (ASBA).