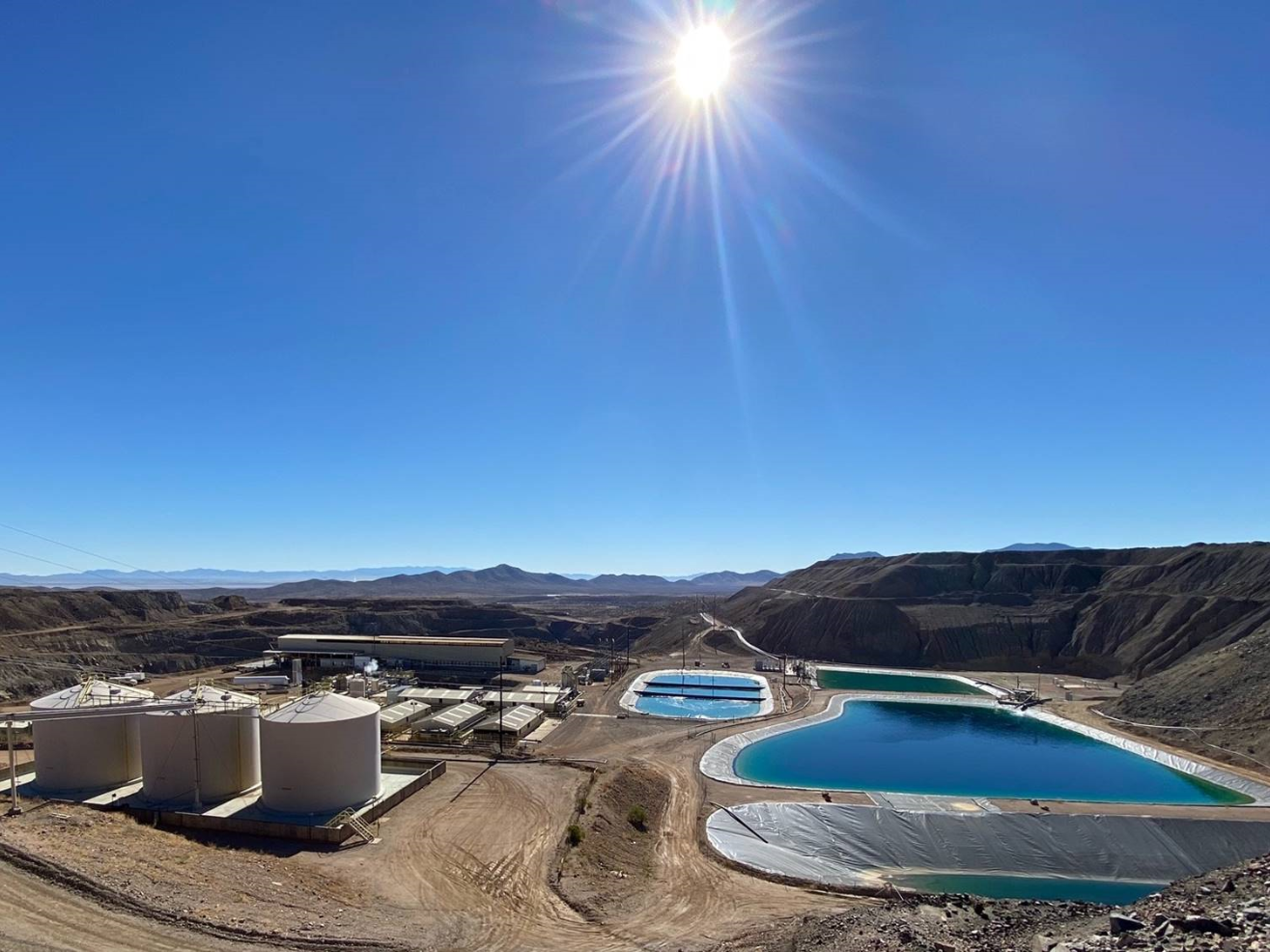 Excitement is growing in northern Cochise County after the announcement that multiple jobs will be created in early 2022 when Excelsior Mining Corp. reactivates the historic Johnson Camp Copper Mine which was first opened in the 1880s about 65 miles east of Tucson.

Johnson Camp Mine has not produced copper ore in nearly a decade but reopening the mine will allow Excelsior to take advantage of copper’s strong price. In turn, the company will use those revenues to pay for a neutralization plant for its newly opened Gunnison Copper Project, which has produced far less copper cathode than it forecasted.

Excelsior’s Gunnison Copper Project situated one mile from Johnson Camp Mine along Interstate 10 opened last year with limited operations. It is expected to produce 125 million pounds per annum of 99.99 percent copper cathode when fully operational, but this year’s goal was only 25 million pounds.

On Oct. 20, Senior VP Robert Winton said the company has produced less than 1 million pounds to date. The problem, according to Winton and CEO Stephen Twyerould, is that carbon dioxide (CO2) has shown up in Gunnison’s in-situ recovery wellfield.

The villain, they say, is calcite, a naturally-present mineral which creates CO2 when it reacts with the leaching solution injected into the wellfield.

Winton says a fix to the CO2 issue has been identified, but it will take months to update the current wells. In the meantime, company officials have decided to make improvements at the Johnson Camp Mine in order to generate higher revenues next year.

The comments by Twyerould and Winton were made during a webinar hosted by Amvest Capital, a New York-based specialist investment management and corporate finance firm focused solely on the natural resource sector.

Johnson Camp Mine and its existing SX-EW plant can provide up to five years of production from its Copper Chief Pit and the Burro Pit, which Winton says have “a lot of near surface copper.”  After construction of a new leach pad and issuance of amended state permits, Johnson Camp is expected to commence production in the second half of 2022.

That means Excelsior’s current staff of about 60 (employees and consultants) will need to be bolstered, bringing much needed fulltime jobs to the Benson and Willcox areas.

According to Winton, the presence of calcite was known from geological studies, but the extent of its impact was not understood until production began at Gunnison last year.

“Calcite was certainly understood in the prework, metallurgical costs, and certainly the feasibility study which is fundamentally an acid consumption discussion,” he said. “However, the negative impacts of CO2 and how they really impacted our flow rate was certainly not envisioned and certainly became the fundamental focus of our ramp up challenges.”

The good part, Winton said, is that the calcite reaction can be managed, which is why construction of a neutralization plant funded by Johnson Camp Mine revenues is Excelsior’s immediate focus.

In 2014, the Johnson Camp property was the main asset of Nord Resources, which was forced into court-ordered receivership by creditors after years of underperformance. Then in late 2015, Excelsior Mining obtained the blessing of a Pima County judge to buy out Nord Resources’ assets.

The company then purchased thousands of surrounding acres, including the site where Gunnison Copper Project’s North Star copper deposit is located. But Excelsior officials are not putting all of their eggs in the copper basket.

Last month Twyerould released a preliminary economic assessment of another company asset, the Strong and Harris copper-zinc-silver deposit located on the northside of I-10 a few miles from Johnson Camp.

Twyerould said that if mining is undertaken at the Strong and Harris deposit it would be by traditional open pit, followed by high-grade underground mining of the remaining sulfides at the bottom of the pit. However, he cautioned that it is still too early to know if mining will be feasible.

“Mineral resources that are not mineral reserves do not have demonstrated economic viability,” he said.

Excelsior also has landholdings in the historic Turquoise Mining District, also referred to as the Courtland-Gleeson District, located approximately 30 miles southeast of the Johnson Camp Mine.

Excelsior Mining is using a six-step in-situ recovery process to produce 99.99 percent pure copper cathode sheets. The process starts with a leaching solution pumped through injection wells which have been sunk over the ore body. This is known as the wellfield.

The leaching solution then moves through naturally fractured rock and dissolves the copper. Multiple recovery wells surrounding each injection well then extract the copper-rich solution, also known as pregnant solution.

The fourth step is for the solution to be pumped to the surface for further processing during which copper is extracted from the solution and turned into copper cathode sheets. Finally, the mining solution is recycled back to the well field to be reused.

Throughout the leaching process, Excelsior Mining utilizes differential pumping and natural impermeable barriers to keep the fluids from migrating beyond the wellfield.