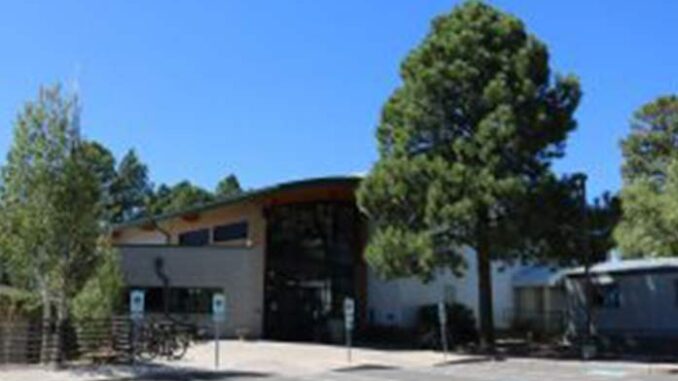 12 year old Olivia Oravitz was one of the students placed in the alternative placement classroom. Olivia recounted to AZ Free News how she was taken into the nurse’s office for not wearing a mask. Soon after, Olivia said that she was joined by several other maskless students – a 9th grader and a 12th grader.

According to Olivia, they spent their entire first period sitting in the nurse’s office. They were instructed to have their parents pick them up.

Olivia’s father, Jeff Oravits, recorded his encounter with NPA officials. When he arrived at the school maskless, NPA staff wanted him to wait outside but he refused. Staff allowed him to remain inside, and Jeff requested a meeting with the principal or superintendent.

The principal explained to the Oravitses that maskless students wouldn’t receive direct instruction until further notice. Rather, the segregated students would remain in the alternative placement classroom and receive visits from some of their teachers during preparatory periods.

Photos provided by the Oravits family show that the alternative placement room was bordered by computers and empty in the center.

At no point throughout the whole day did NPA require the segregated students to mask up.

Olivia described to AZ Free News how they didn’t have any regular teaching. Instead, the segregated students were monitored by several staff members while they did homework, and visited by some of their teachers periodically to review assignments.

Olivia added that the three segregated students were given permission to leave the classroom, and weren’t required to wear masks as they did so.

The NPA Governing Board reinstated its mask mandate during a special meeting last Thursday, voting 9-0 in favor of it. The board patterned its rationale for doing so after other school districts reinstating their mask mandates – they argued that laws don’t go into effect until 90 days after the legislative session ends, regardless of any retroactivity clauses. In the case of the mask mandate ban, that would be September 29.

In an interview with her father’s radio show, the Jeff Oravits Show, Olivia said she was disgusted by the board’s decision. At first, she planned on wearing a mask with “9/29” written on it, to signify the day the board promised to rescind the mandate. Olivia encouraged her peers to do the same.

The day after the board’s decision, however, Olivia said she’d changed her mind. She said she wondered why NPA decided to reinstate masks at all, after all this time.

“I’m just tired of them taking away my freedom to decide what’s best for me,” said Olivia. “If it hasn’t worked, it’s probably not going to work by now.”

Olivia told AZ Free News that she would’ve been fine with being removed from school, because she didn’t want to attend somewhere that removed students based on that mandate.

“I kind of went into it with nothing to lose – if I got kicked out for not wearing a mask, I didn’t want to be in a school that did that to me,” said Olivia.