On Monday, the Arizona Supreme Court ruled in the case of William Craig Miller who was convicted of killing five people including Tammy Lovell and her boyfriend Steven Duffy in 2006, according to the East Valley Tribune.

The court found Miller was not deprived of his right to counsel.

A defendant is deprived of the Sixth Amendment right to counsel if his lawyer provided deficient representation, which prejudiced the defense. Strickland v. Washington, 466 U.S. 668, 687 (1984). We are asked to decide whether the failure to challenge an incorrect jury instruction widely used by the legal community at the time of trial and appeal constitutes deficient performance. Although lawyers can be constitutionally deficient for making errors commonly made by others, the record here does not reflect that the defendant’s lawyers were deficient by failing to challenge the jury instruction or that any deficiency prejudiced the defense. – Arizona Supreme Court

According to the Tribune, Lovell, who was 32 at the time of her death, was in a relationship with 30-year-old Steven Duffy. Miller was convicted of killing Lovel and Duffy as well as Duffy’s brother, 18-year-old Shane Duffy and Lovell’s children, Cassandra, who was 15, and Jacob, who was 10 years old.

Duffy and Lovel both worked for Miller previously, and they were both informants against him in a 2005 arson case. According to authorities, Duffy was enlisted by Miller in the arson, which Miller would use to collect insurance money on his burnt home, according to the Tribune.

Today the Arizona Supreme Court issued two rulings affirming the rights of crime victims: ?? ?. ?????? and ?? ?. ?????. The first reinstates sentencing for a convicted killer who murdered a Mesa family of 5, including 2 children, in 2006. https://t.co/V6xP8nAjcL

Miller was sentenced to death. He has been an inmate on Death Row in Florence since then.

In March 2021, Arizona Attorney General Mark Brnovich advised Governor Doug Ducey in a letter that his office had found a supplier of pentobarbital, a drug used in lethal injections. Brnovich told Ducey that the procurement “removes all barriers” for the state to carry out executions.”

According to Brnovich, Arizona has more than 100 people on death row, with 20 having exhausted their appeals. 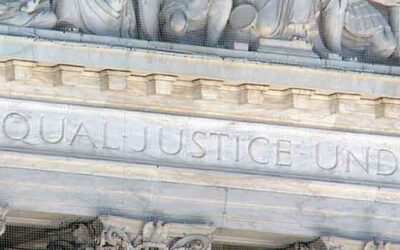