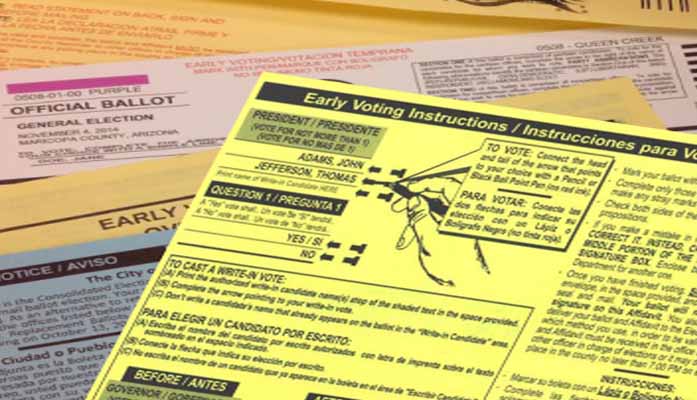 According to the latest polling of Arizona voters, a sweeping majority support strong voter ID requirements and cleaning up early vote-by-mail lists. A total of 550 voters were polled. 82 percent of them supported voter ID in general, with nearly 64 percent in support of requiring ID verification in order to vote by mail.

The poll results come as the Arizona state legislature considers bills addressing those very matters. SB1713 would require a form of voter ID for mail-in voting, such as a driver’s license number and signature. That bill has already passed the Senate, and is progressing through the House. SB1485 would clean up the early vote-by-mail lists; it was last retained on the House calendar after passage by the Senate.

The primary majority of respondents were 65 and older, but the second-largest class of respondents fell in the 18 to 34 category. A poll released by the Harvard Institute of Politics before the 2020 election assessed that a majority of 18 to 29-year-olds displayed Democratic leanings with their intent to vote for President Joe Biden.

Although a slight majority of respondents considered themselves Republicans when asked about how they were registered to vote, the greater majority classified themselves as “moderate” rather than conservative when asked what they would classify themselves. The greatest number of respondents either had attended college and not achieved their degree, or received their bachelor’s only. And, the greatest number of respondents were nearly split in their voting patterns, having either voted in all of the last four general elections or none of them.

60 percent of respondents hailed from Maricopa County. That particular county has made headlines for a number of election-related controversies. Several weeks ago, the Arizona Senate hired four companies to audit the county’s results from the 2020 election. The results of that audit are pending. Last week, Republican leaders reached their goal to cover the audit expenses.

“During the past two weeks, the public has heard nothing but negative attacks from the media on the issue of election integrity,” said Mussi. “This poll clearly shows that most voters support reasonable laws that protect our election process, despite no organized campaign in support of these reforms.”