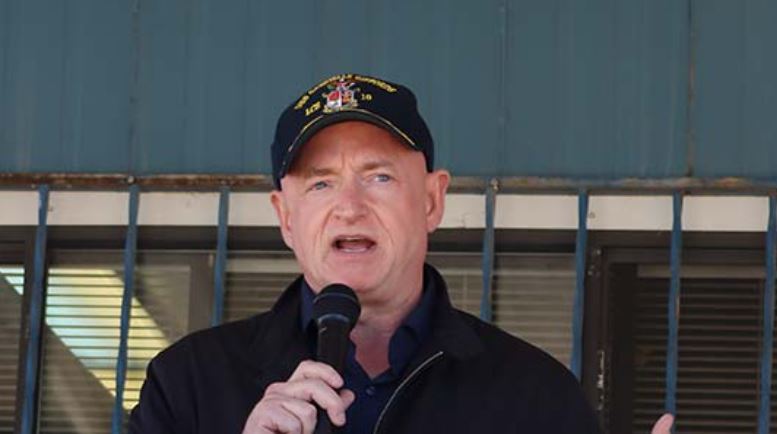 In 2016, Pima County used more than $15 million in county assets as collateral to lure an aspiring space tourism company connected to now-Sen. Mark Kelly to Tucson despite myriad questions about whether the deal was constitutional.

The Arizona Court of Appeals answered one of those questions on Oct. 26, ruling that a major provision of the county’s deal with World View Enterprises violated the Gift Clause of the Arizona Constitution. That deal allows World View to purchase its Pima County-financed office and manufacturing complex on prime commercial land for only $10 in 2036.

Pima County has 30 days to file a petition for review with the Arizona Supreme Court. If no petition is filed, the case goes back to the Pima County Superior Court for further proceedings in compliance with the appellate decision.

Jan Lesher, the current Pima County Administrator, notified the county supervisors that the Pima County Attorney’s Office will discuss the appellate decision during an executive session on Nov. 1.

Former Pima County Administrator Chuck Huckelberry, with support from Kelly, attracted World View’s corporate and manufacturing operations by promising to construct a Space Port (launch pad) on county-owned land near the Tucson International Airport. In addition, the county designed and constructed a 142,000 square-foot complex on 12 acres of adjacent county-owned land.

The $19 million cost of the project, which includes interest Pima County pays for financing the construction, was justified, supporters like Kelly and Huckelberry claimed, because of the 400 high-paying jobs and $3.5 billion of economic impact World View would bring to the area.

For its part, World View is to reimburse the county’s outlay via rent payments as part of a 20-year Lease-Purchase Agreement. Then when the lease is up, World View can purchase the office / manufacturing complex (sans the Space Port property) for $10.

The problem with that provision, according to the Court of Appeals, is that the building will still have a 30-year lifespan in 2036 and a fair market value of $14 million.

“The ‘give’ then, by Pima County, is $14 million and its ‘get’ is $10,” wrote Chief Judge Karl Eppich in the Oct. 26 appellate decision. He added that the provision was “lopsided” from the perspective of the county because the purchase price represents only .0000007 percent of the property’s value.

Eppich wrote that the expenditure of public funds to benefit a private company is legal under the Arizona Constitution only when a public purpose is served and only if the benefit or consideration between the public and the private entity is not “grossly disproportionate.”

“We agree with Taxpayers that the $10 purchase option amounts to an unconstitutional subsidy because the consideration received by Pima County is grossly disproportionate to the value of the World View facility,” he wrote.

Kelly became an advisor for World View in 2013 after getting to know the company’s founders. He has continued his relationship with the company even though those founders are no longer affiliated with World View and have started a competing new space tourism company in Florida.

World View, which still claims people will travel to the edge of the stratosphere someday via its proprietary balloons, has significantly missed most of its annual staffing and payroll targets. County officials have also had to revise the agreement at least once to address several months of late rental payments.

Timothy Sandefur is vice president for Legal Affairs at the Goldwater Institute and is one of the attorneys who represent three Pima County taxpayers who sued the county shortly after the World View agreement was announced in 2016.

“County governments exist to protect the rights of citizens and allow them to pursue their own business in their own way—not to pick winners and losers in the marketplace, or gamble with taxpayer money,” Sandefur said after the appellate decision was announced. “When they do, the consequence is often that taxpayer money simply floats away.”

Sandefur also addressed the possibility that Pima County will ask the state’s highest court to consider the case.

“Although they could appeal the decision to the Arizona Supreme Court, it seems well past time for Pima County officials to admit that this entire deal was both illegal and foolhardy,” he said.