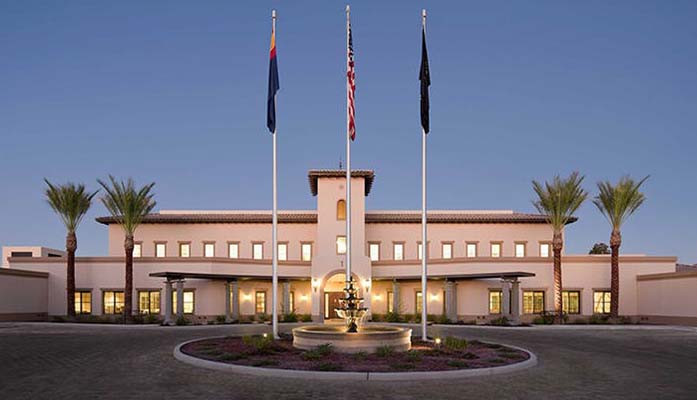 The Arizona Department of Veterans’ Services has reported 16 resident deaths among its two State Veterans’ Homes as of March 14 and has corrective deficiencies which led federal regulators to cite both homes, according to a recently issued Arizona Auditor General performance report.

The audit required by the Joint Legislative Audit Committee provides state officials and lawmakers with detailed information about operational matters with the Veterans’ Homes which provide skilled nursing and rehabilitative care for geriatric and chronically ill veterans and their dependent or surviving spouses.

Currently the Department operates a 200-bed facility in Phoenix and a 120-bed facility in Tucson. In addition, construction is underway on two 80-bed homes in Flagstaff and Yuma which could be ready to admit residents in FY2022.

Among the issues auditors reviewed was compliance with state licensing and federal certification requirements. Both the Phoenix and Tucson homes were cited by federal regulators between 2017 and 2019 for health, safety, and quality-of-care deficiencies, but corrective action was taken in response, according to the April 12 report.

For FY2020, the Homes took in about $40.4 million in revenues and had nearly $37.4 million in expenditures. State law requires the facilities to be financially self-sustaining, so the Department will rely on the Homes’ Trust Fund’s current $30.3 million balance to cover the initial operating costs of the new Veterans’ Homes in Flagstaff and Yuma once those facilities open.

The U.S. Department of Veterans Affairs (VA) provided 65 percent of the construction costs for the new homes.

The audit report also addresses the ongoing discussion about adding new Homes and other long-term care options for Arizona’s veterans, and where such facilities might be located. But auditors noted VA projects Arizona’s veteran population to decline significantly in the next 25 years.

In addition, many veterans and their families are interested in shifting toward more cost-effective, home-based or community-based services rather than centralized nursing homes in large cities.

“Research on long-term care services we reviewed indicates that older people prefer home- and community-based services, including assisted living, more than nursing home care and that nursing home use is gradually declining in the country,” the report states. “The VA has also stated its goal is to keep veterans in their homes, if that is their desire.”

Challenges brought on by the COVID-19 pandemic were also addressed in the audit report, which notes that screening procedures, restricted visitor access, and routine staff testing were implemented at both homes, as were resident vaccination protocols.

In addition to the 16 resident deaths reported, 70 of the 190 residents across the two homes and 97 of 306 staff members were reported to the Arizona Department of Health Services as COVID-19 “cases” as of March 14.

The audit also found 159 residents across the two homes received at least one vaccination dose as of March 26, while only 190 of the 306 staff members had begun the vaccination regime.