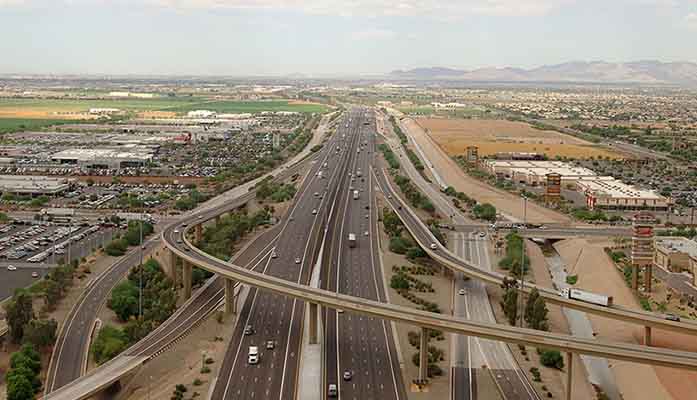 Should Arizona’s largest public transportation entity be allowed to use taxpayer funds to pay lobbyists to obtain even more taxpayer funds? And if so, can Maricopa County taxpayers be assured their money isn’t used to influence a possible vote to extend a transportation tax set to expire in 2025?

On Thursday, the joint board of Valley Metro Regional Public Transportation Authority (RPTA) and Valley Metro Rail will meet in Phoenix to vote on several matters, including two agenda items involving “legislative consulting services” which includes lobbying of federal and state lawmakers.

However, there will be no discussion of either item, as they are listed under the meeting’s Consent Agenda instead of the Regular Agenda. That is of concern due to the fact one of the agenda descriptions refers to Prop 400, a half-cent tax many state lawmakers want voters to extend for yet another 20 years

The prospect of Valley Metro using taxpayer dollars to lobby for more money from taxpayers -whether via Congress, the Legislature, or with Prop 400 voters- has raised the question of why the joint board meeting has the two lobbying items on the Consent Agenda where there can be no discussion and where individual board members do not have to publicly state their position.

According to the June 16 agenda, Item 4G is listed as “Authorization to Issue a Request for Proposals for Federal Legislative Consulting Services” for a two-year period with three one-year options. The estimated cost is listed as between $180,000 and $240,000 per year.

This is especially timely, according to the agenda item, in light of “opportunities in the federal passage of the infrastructure bill.” Those opportunities include federal taxpayer funds which Valley Metro staff wants to ensure the region “is not missing out on.”

Meanwhile, Item 4H on the agenda seeks authorization for Valley Metro’s CEO to issue an RFP for state consultant services in dealing with the Arizona State Legislature, the Governor’s Office, and other state agencies. The cost would likely run $60,000 to $90,000 per year.

The current contract issued in 2018 is a joint venture between Highground Public Affairs Consultants and The Kruse Group, described in the agenda as “a well-known Republican and Democrat lobbyist to access bipartisan relationships.”

Among the services the contract would cover is Governmental Relations -monitoring and lobbying public transit issues- at the state level along with Strategic Planning.

“Due to the ongoing dialogue with respect to the possible extension of Proposition 400, staff supports this request,” the agenda states.

The Prop 400 extension is a longshot to get on the ballot this year given that the tax does not expire until 2025. However, many voters are wary of the prospect that public entities such as Valley Metro and the Maricopa Association of Governments will use taxpayer funds behind the scenes to sway voters to approve the extension when it does get on the ballot.

Whether any of Valley Metro’s board members will acknowledge those concerns and remove the two items from the Consent Agenda to the Regular Agenda remains to be seen.

Valley Metro RPTA’s board members are: