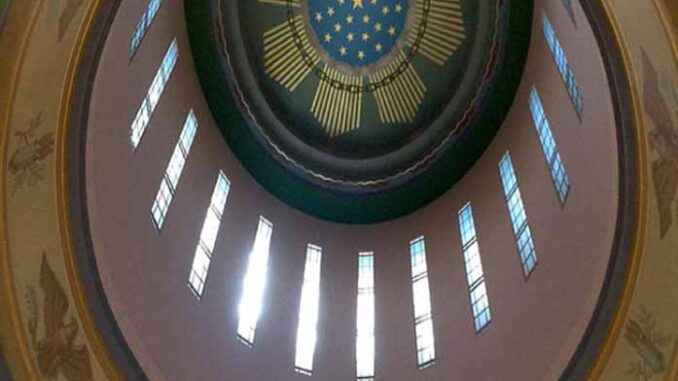 Ignoring Educational Failure Is A Recipe For Disaster

Oregon Governor Kate Brown doesn’t have a reputation as a deep thinker, but her recent attempt to do something “noble” for minority students was especially pathetic. She signed a bill that states “a student may not be required to show proficiency in Essential Learning Skills as a condition of receiving a high school diploma“ for the next three years.

She and her folks were mighty proud.  An aide wrote that suspending the graduation requirement to read, write or do math will benefit “Oregon’s Black, Latino, Latina, Latinx, Indigenous, Asia, Pacific Islander, Tribal and students of color.”  The benefit is assured because “leaders from these communities have advocated time and again for equitable graduation standards…”

But he couldn’t be more wrong. The only sensible meaning of a diploma is as verification of specific academic accomplishment. It has nothing to do with race. The alternative, no matter its label, is simply an attendance certificate.

When a student begins to fall behind, educators have a choice. They can address the failure head-on. Tutoring, different teachers, repeating grades, whatever it takes.

Or they can pretend to see nothing and advance the students through the grade levels even though they are failing to learn. Obviously, this is the path of least resistance. Students aren’t shamed, parents aren’t alarmed, teachers aren’t annoyed by the enhanced accountability. Moreover, this  results in maximum “equity,” since all students receive the same diploma.

But you can’t fool Mother Reality. We can pretend that all holders of a high school diploma are legitimate graduates.  But colleges know. Employers know. And eventually the students themselves find out the consequences when their lifetime earning level is limited by their meager abilities, which can’t be improved by a meaningless piece of paper.

This isn’t about Oregon. As the nation’s public schools continue to fail to educate the students who need it most, the go-to solution has been to change the standards rather than to beef up  instruction.

Statements once accepted as common wisdom like “you can get ahead if you work hard“ and words like “merit“ are now often regarded as racist and thus forbidden. It’s hard for many of us to fathom how deeply and quickly this recipe for failure has become embedded in our culture.

Over half of US colleges have affectively eliminated the ACT and SAT admissions examinations.  They were deemed racist on no other basis than that some, but not all, minority students underperformed on them. The possibility that the test could serve as a useful sentinel, a prod to improve educational quality for the underperformers was never considered.

The unspoken assumption is that certain racial minorities are inherently unable to keep up academically and expecting them to do so is unfair. What George W. Bush called “the soft bigotry of low expectations“ is actually a particularly destructive form of racial bias.

This is the bigotry born of the union between black victimhood and white guilt that, as described by the scholar Shelby Steele, has stymied black social and economic progress for over half a century, in a nation of remarkable racial harmony. Most Americans are rooting for Blacks to succeed, but nothing ever happens.

We have been hijacked by a mindset that decrees the only permissible cause for the lack of progress is racism, not actual racial hatred, but “systemic“ racism, a much more subtle and pervasive racism not visible to the naked eye. Suggesting that factors like lack of effort may be involved is deemed “blaming the victim.”

We know how to foster success. Many charter schools, for example, have demonstrated that disadvantaged students are fully able to learn and achieve at high levels.

But the massive teachers’ unions are unmoved. Instead of academic improvement, they are devoting their efforts to teaching children that America is fundamentally shameful, that all whites are incorrigibly racist and that it is bigoted to even strive for colorblindness.

But enough is enough. We simply can’t keep turning out generations of uneducated, propagandized Americans.

Here are two things you can take to the bank. America will never close the income gap until we close the education gap. And no nation has survived that was despised by its own citizens.