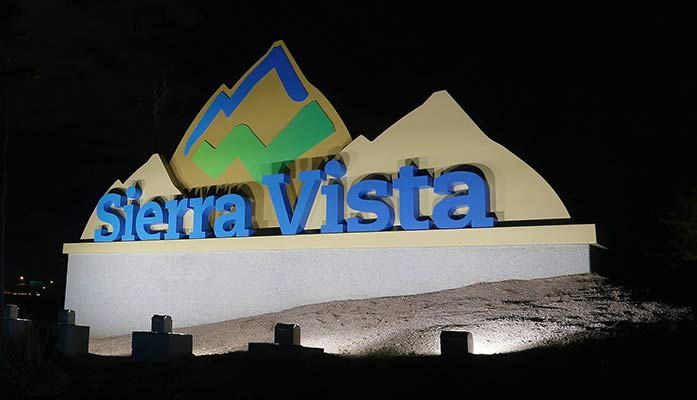 It is an example of typical government-speak: “The Office of Management and Budget today announced the 2020 Standards for Delineating Core Based Statistical Areas.”

But the OMB’s July 13 announcement was something several Arizona cities were anxiously awaiting, because the 2020 Standards could have disqualified them from qualify as a Metropolitan Statistical Area (MSA). And that would have meant losing their advantage over other towns and cities when applying for federal funding for healthcare, housing, infrastructure, and transportation projects.

Since 2010, at least 50,000 residents must live in the core city to obtain federal recognition a Metropolitan Statistical Area (MSA), even if it is more of a mini-metro area. In Arizona, there are seven designated MSAs: Flagstaff, Lake Havasu City-Kingman, Phoenix-Mesa-Chandler, Prescott, Sierra Vista-Douglas, Tucson, and Yuma.

However, every 10 years the OMB recommends changes to its standards, and earlier this year a federal interagency committee suggested a major change for the 2020 Standards – doubling a MSA’s minimum core city population to 100,000. That would have resulted in Flagstaff, Lake Havasu City-Kingman, Prescott, and Sierra Vista-Douglas losing their MSA status.

And along with the loss of the MSA designation would have been one of those cities’ key qualifier for federally funded Community Development Block Grants and USDA Rural Development Grants. Flagstaff receives nearly $600,000 a year just in CDB grants, while Prescott and Sierra Vista have been the recipients of more than $200,000 in annual CDB grants.

The Metropolitan and Micropolitan Statistical Area Standards Review Committee received letters of opposition from the cities of Flagstaff and Prescott among more than 700 other public comments about the significant change in MSA criteria. In the end, the committee submitted a revised recommendation to stick with the 50,000 population threshold.

Mignonne Hollis says the MSA designation ensures communities like Flagstaff and Sierra Vista-Douglas can advocate for their needs by giving them a seat “at many tables.”

She was one of the first in Cochise County to sound the alarm on the devastating affect a 100,000 core population prerequisite would have had on the Sierra Vista – Douglas.

“This funding is vital to bring investment in our local communities and spur on economic development,” Hollis said of the opportunities available to a MSA. “In addition to funding decisions at the federal level, the loss of a MSA designation could also negatively impact a community’s ability to attract and retain businesses and top-talent employees.”

While good news for Arizona communities this year, the OMB’s July 13 announcement provided a heads-up that a MSA threshold change will likely be incorporated in 2030.

“Recognizing the committee’s concern that MSA thresholds have not kept pace with population growth, OMB will work with the Standards Review Committee to conduct research and stakeholder outreach to inform the 2030 standards update,” the announcement said.

There has also been bi-partisan federal legislation introduced by Arizona Sen. Mark Kelly, a Democrat, and South Dakota Sen. John Thune, a Republican, to look into how MSA core city population thresholds are determined in the future.