Some lawmakers say Gov. Doug Ducey had a “a temper tantrum” last week when he vetoed 22 Republican-supported bills over his displeasure with the how long it is taking the legislature to pass budget bills.

But with the House and Senate on recess possibly through June 10, other legislators are focusing on what needs to happen to pass a budget when lawmakers come back.

During interviews with KFYI’s James T. Harris on Tuesday, Sen. Warren Petersen (R-LD12) and Rep. Travis Grantham (R-LD12) agreed there have been problems in how the budget process has been handled so far, but both believe a consensus is possible before the end of the fiscal year on June 30.

Grantham acknowledged to Harris that “some folks” were at fault for how budget negotiations were handled prior to last week’s unexpected recess, but he thinks more lawmakers are seeing it is time to get a budget passed so the legislature can adjourn.

“You know the old saying that ‘nothing good happens if you stay out after midnight?’” Grantham said. “Basically, the Legislature is out after midnight, in fact it’s about 3 a.m. and we shouldn’t be there anymore, and we all need to go home.”

But Grantham says the biggest problem right now is that “too much money” is in play due to last year’s surplus and this year’s surplus. The surplus is there, he noted, because the state is collecting too much money, money he says needs to go back to the people via “a massive tax cut.”

Grantham added that lawmakers need to realize the surplus “is the people’s money, it’s not the government’s money” and then move forward with passing a budget that allows for tax cuts.

In his comments, Petersen acknowledged that some legislative leaders “tried to move the budget without the votes” instead of waiting to ensure there were 31 votes in the House and 16 votes in the Senate for passage.  Petersen also told Harris he was “surprised” that the budget bills were being pushed without a consensus in place first.

“You can’t ignore people if people say they have issues,” Petersen said. “We had all heard about issues from different members, and if you just keep going I don’t know what other result you could possibly expect.”

Although some legislators are suggesting Ducey call a special session focused solely on the budget, Petersen is not sure that is the answer. Instead, he sees it as a matter of elbow grease and not leaving anyone out of the discussion.

Petersen did note another reason the budget is not garnering the support needed is that it includes non-budget bills which previously failed on the floor.

“That’s another bad policy. You don’t put bills that don’t pass into the budget to try to force a vote,” he said.

Meanwhile, Petersen and Grantham told Harris they are hopeful Ducey will work with legislators to ensure the 22 vetoed bills are reconsidered in some way once a budget is passed. 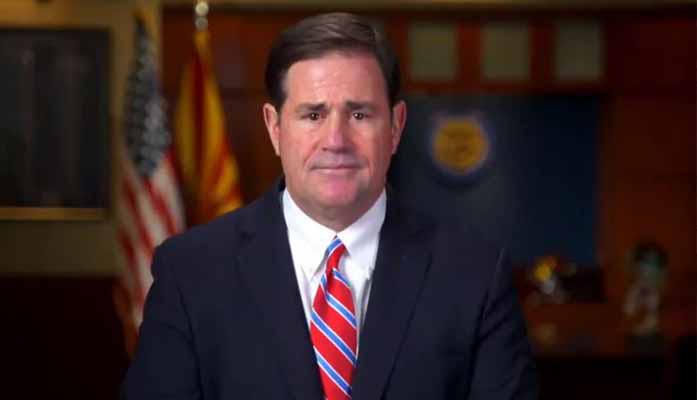