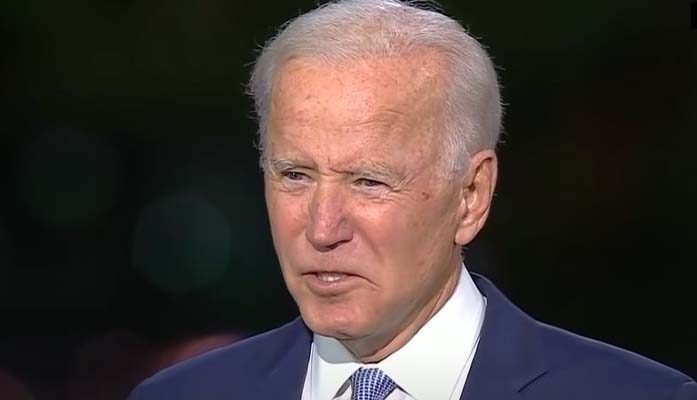 On his first day in office, President Biden unilaterally eliminated the President’s Advisory 1776 Commission, which had written the 1776 Report as the only action of its brief tenure.

The Report (which is well worth reading) had been met by full throated hysteria from the Left, although in any other age it would have been regarded as informative and moderate. The report was written in response to the 1619 Project, now being introduced to school children nationwide, which holds that the introduction of slaves, not the Declaration, was the seminal event in American history.

The Report was not intended to plow new ground but to educate Americans about their unique and sometimes complicated history. The Report emphasizes how unique for the times was the founders’ commitment to political and personal liberty as well as the natural equality of all. It reviews the founding principle of natural rights endowed by our Creator, for which government is the safeguard.

The founders knew that previous attempts at republican government had floundered primarily due to class chaos and/or tyranny of the majority, so several safeguards were built in to prevent any group or branch of government from accumulating excessive power.

The written constitution gave substance to the founding principles, creating a unique combination of durability and liberty. Our precious freedoms of speech, religious liberty and the right to bear arms are specifically protected in amendments.

But the report doesn’t whitewash historical injustices either, such as the continuation of slavery. Yet the commitment to equality was heartfelt and today we know the result. Slavery was eliminated by a bloody Civil War 70 years later and the union was preserved.

It’s hard to defend the extension of slavery into the 19th century, but the historical probability is that if the founders had refused to compromise initially, the union would have fractured, creating a permanent slave nation. The suffering of those slaves bought immense blessings for their descendants.

The report also describes other threats to the constitutional order, such as fascism and communism, both of which were significant threats in their time. Progressivism, which argues we are better off surrendering our liberties to expansive, paternalistic government, is a current challenge.

Moreover, resurgent racism, the claim that race, gender and sexual preference define who we are rather than remain incidental to our shared humanity, is in direct contradiction to the Declaration and Constitution.

The report stresses that because slavery and voting restrictions were antithetical to our founding principles, it was actually the Constitution that provided the eventual basis for their elimination. Two of the great historical figures in the ending of slavery and achieving full constitutional rights for blacks, Frederick Douglass and Martin Luther King, agreed.

Both argued for realizing and enforcing the founders’ vision. They recognized the Constitution as the great freedom document empowering black liberation.

Tragically, school children today are taught, and so growing numbers of Americans believe, that America’s history is primarily the saga of implacable bigotry and exploitation by the European descendants who founded the republic.

Critical Race Theory blames the purported debacle on the innate racism and claims of superiority supposedly held by all whites, an inborn characteristic not shared by other races. Students are taught to loathe their own country for its insidious but pervasive evils.

But as the late Walter Williams reminded us, American blacks post-slavery made greater gains, over severe obstacles, in a shorter time frame, than any racial group in history. Their unprecedented success, even though it has been hindered by the modern welfare state, speaks not only to the courage of a people but to the land of opportunity in which they lived.

The 1776 Report recounts that government of, by and for the people, the rule of law and equality before the law are part of our great national heritage. It reminds us that there is much about America to love, not because it is perfect, but because self-criticism and expected improvement are innate to our national character.

In 2021, the report was effectively spiked by the President of the United States. Generations of Americans who served and died for their country would have found that a crushing disappointment.