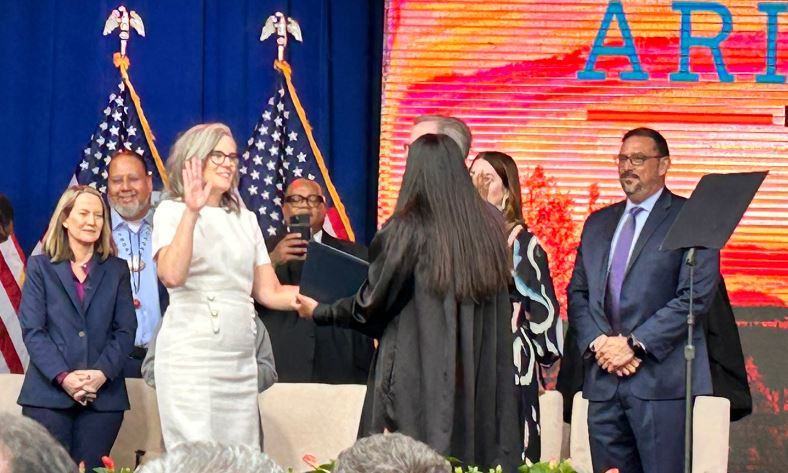 Gov. Katie Hobbs won’t disclose how much her inauguration ceremony will cost, or how much donors paid for it. Hobbs’ decision to withhold the donors’ identities not only contradicts her campaign promises but past administrations’ transparency on the subject.

Hobbs listed 137 sponsors for the event, but didn’t disclose how much they paid.

Tickets were $150 for the public to attend. Following widespread reporting on the lack of transparency around the event, ticket registration was listed as free.

In a statement to Arizona Capitol Times, Hobbs’ press aide Murphy Hebert said the event is a private one not paid for with public funds.

The secretive nature of Hobbs’ first days in office may be a lasting trait throughout her administration. The governor barred reporters from attending a swearing-in ceremony on Monday.

Hobbs’ first promise when she announced her candidacy for governor was to “deliver transparency.”

Hobbs continued that promise throughout her campaign, right up to the election.

Those interested in watching the inauguration ceremony may do so here: