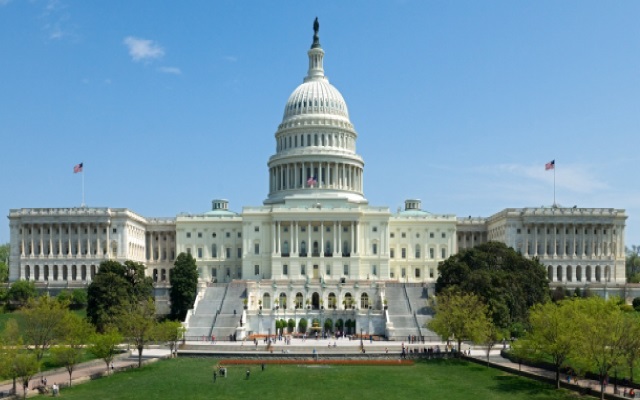 Arizona’s congressional leaders on both sides of the aisle didn’t appear too fond of the Democrat-led Congress’ $1.7 trillion, 4,000-page spending bill.

Republicans decried the plan entirely, first noting the Democrats’ last-minute submission of the legislation for review and demand for a vote. They admonished what they considered excessive spending, especially given the nation’s current financial insecurity. Democrats that commented on the spending bill, which were few, were more vocal about the aspects they disliked than the virtues of the package. However, Democrats ultimately voted for the bill.

Rep. Andy Biggs (R-AZ-05) declared that the omnibus was an “assault” on the people, separation of powers, and fiscal responsibility. He warned it would devalue the American dollar to “unprecedented levels.”

Biggs and representative-elect Eli Crane signed onto a letter led by Rep. Chip Roy (R-TX-21) urging the Senate GOP to unify their 41 votes to kill the bill.

Biggs said that Republican resistance on the spending bill would allow the incoming Republican-led House to hold the FBI accountable for suppressing free speech online.

Biggs also shared commentary from Sen. Rand Paul (R-KY) disputing Democrats’ claim that Republicans were holding up the spending bill. Paul reminded the public and press that the Democrat-led Congress, just as with every other Congress, knows the deadline.

Watch here for Biggs’ full remarks on the omnibus:

“Yet the Omnibus bill failed to remedy a single one of these very real problems. Not one. In fact, it rewards the DOJ, the FBI and the failed military leadership with more money and no reforms and no investigations. Not a dime is allocated towards securing our own border,” said Gosar.

Rep. Debbie Lesko (R-AZ-08) said the plan was “reckless.” Lesko noted that the country’s interest payments would surpass the entire Department of Defense (DOD) budget on a yearly basis ($742 billion).

Lesko also noted that 63 percent of Americans are living paycheck to paycheck.

“We cannot continue spending money that we don’t have,” said Lesko.

Sen. Kyrsten Sinema (D-AZ) backed the bill, declaring that further funding for Ukraine was a good thing. However, Sinema did break with her former party (she now identifies as an independent) to speak out on border policy within the bill. Sinema reaffirmed dedication on a bipartisan solution with Sen. Thom Tillis (R-NC) for border legislation.

As AZ Free News reported last week, Sinema has been attempting to broker a pathway to citizenship for Dreamers in exchange for increased border security measures.

Sen. Mark Kelly (D-AZ) hasn’t commented on the omnibus as of press time.

Rep. Ruben Gallego (D-AZ-07) hasn’t commented either, though he did signal support for Ukraine once again.

Rep. Greg Stanton (D-AZ-09) criticized the decision to leave out the Afghan Adjustment Act, legislation to expedite the legal status process for Afghan evacuees. Stanton signaled his support for Ukraine as well.

Rep. Ann Kirkpatrick (D-AZ-02) had the most favorable view of the spending bill. She championed the legislation as a great increase in funding for Arizona.