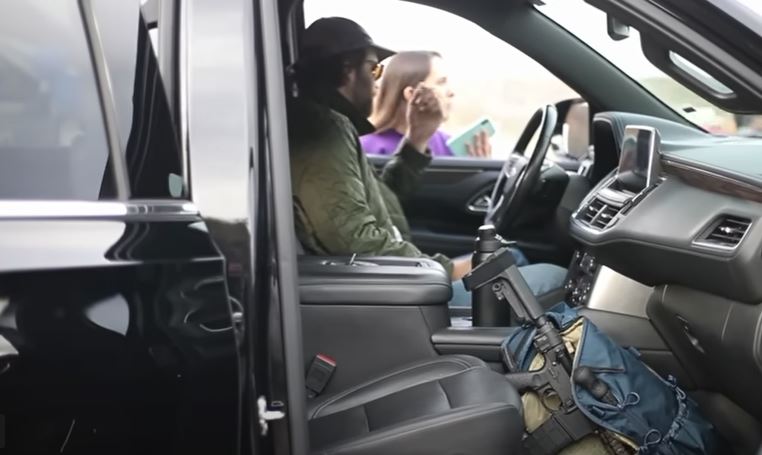 Hobbs’ head consultant, Joseph Wolf, told an undercover Project Veritas reporter that they traveled with an AR-15 because it was “easier to fire than a handgun.” In a separate clip, Wolf stated that Hobbs would do everything in her power to issue an assault weapons ban.

“There’s nothing she could do about it, at least immediately, right? Except advocating for it publicly, which is really more impactful once you’re governor,” said Wolf. “This state is unfortunately crazy in love with their guns.”

Other undercover videos obtained by Project Veritas showed that grassroots activists assisting with Hobbs’ campaign were troubled by her, especially her refusal to debate Republican opponent Kari Lake.  Field organizer Jasper Adams with Mission For Arizona, which is a group funded by the Arizona Democratic Party, disclosed that they had “a lot of concerns” about Hobbs’ campaign.

Adams disclosed further that his group wasn’t privy to the reason behind Hobbs’ refusal to debate Lake. He explained that even Hobbs’ communications director, who he described as freshly hired and not prepared, didn’t know why Hobbs wouldn’t debate Lake. The closest thing to an answer Adams received: the Hobbs campaign wouldn’t need a debate because they wouldn’t lose Democratic voters, and only Democratic voters care about a debate.

“They basically said only Democrats care about debates and it’s not going to change anything,” said Adams. “Either it wouldn’t persuade people one way or the other or it wouldn’t help her.”

Hobbs has long supported a ban on assault weapons, which gun control advocates usually mean to include AR-15s.

While minority leader for the state senate in 2018, Hobbs lamented to Arizona PBS that the state legislature wasn’t going to ban assault weapons.

“Unfortunately, it’s been business as usual,” said Hobbs. “There seems to be no push to do anything different than we have, and that’s to ignore bills we have put forward that would bring about common sense solutions to end gun violence.”

Hobbs supports “common-sense gun reform” proposed by groups like Everytown. Their suggested policies include the prohibition of assault weapons, which they classified as high-powered semiautomatic firearms, or AR-15s. (Note: the “AR” in “AR-15” doesn’t stand for “assault rifle,” it stands for “ArmaLite Rifle” after the company that developed it originally in the 1950s).

Those opposed to gun control advocates disagree with the characterization of AR-15 as an assault weapon. The National Shooting Sports Foundation, a firearms industry trade association, argues that assault rifles are fully automatic, like machine guns.

In 1994, Congress included AR-15s in the “Public Safety and Recreational Firearms Use Protection Act,” or the “Federal Assault Weapons Ban.” The ban on AR-15s lasted until 2004. A vast majority of the studies on the effects of the ban concluded that its effects were negligible on gun crime.

President Joe Biden claimed last March that the decade-long Federal Assault Weapons Ban resulted in a reduction in mass killings. However, even FactCheck disputed his claim.