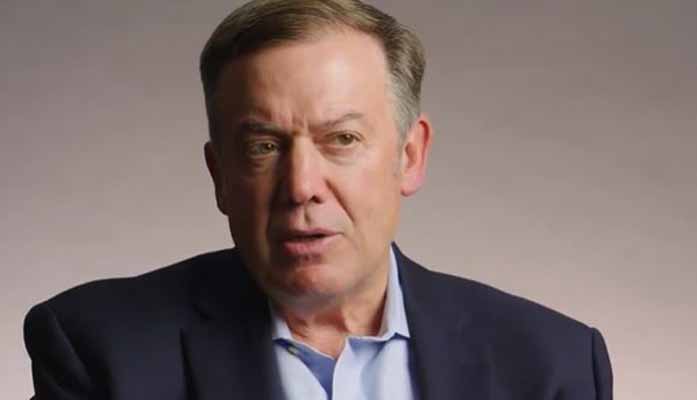 Last month, AZCCEC rejected Hobbs’ proposed alternative to a debate with Republican opponent Kari Lake: two back-to-back, individual interviews of each candidate. Since only Lake agreed to the debate terms set forth by AZCCEC, she was scheduled to have an interview in lieu of a debate on Tuesday. However, hours before Lake’s interview was to take place, AZCCEC learned that Arizona PBS (AZPBS) went behind their back to schedule a special interview with Hobbs next Tuesday — moving them to postpone Lake’s interview.

In a statement shared with multiple news outlets, Crow claimed that he wasn’t involved in a policy-level decision concerning the debate. However, he disclosed that he advised AZPBS that giving Hobbs airtime was necessary. ASU owns AZPBS.

“But I did indicate that we need to continue to fulfill our mission of unbiased and nonpartisan coverage of public figures and talk to important people in the public realm like Lake and Hobbs to have the public learn of their views, even if there is no debate,” stated Crow.

Collins also said that it wasn’t acceptable for the AZCCEC to be involved in the kind of behavior exhibited by AZPBS.

“The issue here is the way AZPBS went about soliciting this particular interview and then having one candidate announce [it] on the day that another candidate — who had followed a specific set of rules that ASU had agreed to as well — [had their interview, which] made it look like ASU was playing favorites with candidates,” said Collins.

“It would be inappropriate for the state to continue its relationship with AZPBS, given its sabotaging of the clean elections debates that were approved by the voters,” stated Kavanagh. “The clean elections rules are clear. If a candidate refused to debate, their opponent (who is willing to debate) is eligible to have a 30-minute question and answer session.”

Kavanagh added that AZPBS was wrong for essentially lifting AZCCEC’s penalization for Hobbs. He predicted that AZPBS was setting a precedent to encourage future candidates to avoid debates.

“I believe the station’s decision to reward a candidate’s refusal to debate, by giving them free television time, is tantamount to making a partisan political contribution to their campaign,” wrote Kavanagh. “AZPBS needs to keep its thumb off the election scale and not shortchange the voters.”

AZPBS offered Lake an interview as well, one also not arranged or approved by AZCCEC. However, Lake formally rejected that offer in a letter sent to AZPBS, Crow, and AZCCEC on Thursday. The letter, written by attorney Timothy La Sota, said that Lake would only come to the interview if it was reformatted as a debate between her and Hobbs.

“PBS & ASU have betrayed not only the Clean Elections Commission, but every voter in Arizona by going behind the backs of citizens to allow Hobbs to continue dodging a debate,” read the letter. “Any other format [than a debate] will result in the complete destruction of a 20-year tradition.”

Hobbs claimed that Lake’s refusal to the alternative interview was her opponent’s way of making a “spectacle.”