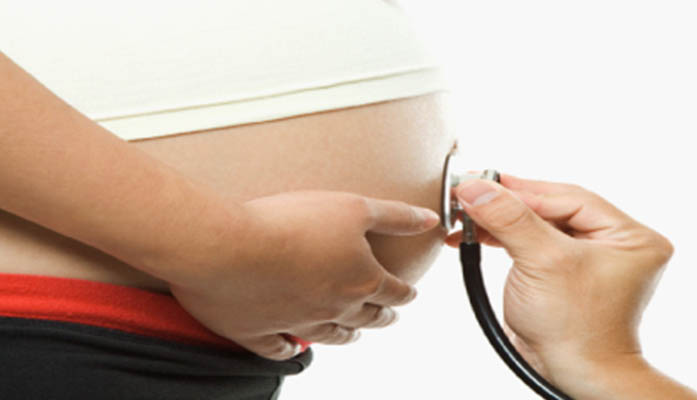 On Monday, a federal judge determined that a 2021 law recognizing the personhood of unborn children was unconstitutionally vague and in conflict with other state laws.

The law, referred to as the “Interpretation Policy,” declares that all state laws should be interpreted and construed to acknowledge that unborn children have the same rights, privileges, and immunities as all other Arizonans. The statute includes specific cause of action exemptions for individuals who perform in vitro fertilization procedures and women who indirectly harm their unborn children due to improper or insufficient self-care.

The law also defines “unborn child” as the “offspring of human beings from conception until birth.” Conception is synonymous with fertilization, although the federal judge in the case, Arizona District Court Judge Douglas Rayes, an Obama appointee, contended that certain medical journals recognized conception as the moment a fertilized egg implants in the uterus.

Rayes opined that Arizona’s Interpretation Policy was unclear in what it meant to “acknowledge” the equal rights of the unborn, pointing to the lack of definition anywhere in Arizona statutes and comparing the variety of definitions offered by Merriam-Webster and Black’s Law Dictionary. He agreed with the plaintiffs that authorities might employ a maximalist view of acknowledging the equal rights of the unborn.

On the subject of definitions, Rayes further contended that neither the Interpretation Policy or any other Arizona law amended the definition of “person” to include unborn children. Rayes added that the legal team of the lead defendant, Attorney General Mark Brnovich, couldn’t explain why that was in court proceedings.

“The Interpretation Policy either does absolutely nothing, or it does something. What that something might be is a mystery or, as Defendants put it, ‘anyone’s guess,’” wrote Rayes. “A law which requires such extraordinary effort to decipher fails to give ordinary people fair notice of the conduct it permits and proscribes.”

Brnovich hasn’t issued a statement on Rayes’ ruling. His latest press release announced a lawsuit excoriating the U.S. Department of Energy’s (DOE) latest dishwasher and laundry machine regulations. On the day Rayes issued his ruling, Brnovich only tweeted a statement about an ongoing lawsuit to prohibit charitable donations from being an alternative to class payouts.

Additionally, Rayes expressed concern that other parts of Arizona’s criminal code could leave abortion providers vulnerable to prosecution since they didn’t have exemptions for lawful abortions, such as statutes on assault, child endangerment, and child abuse.

“Abortion providers do not have fair notice of whether, if they conform their conduct to these laws, they nonetheless may face criminal, civil, or professional liability under other statutes based solely on what licensing, law enforcement, or judicial officials think it means to ‘acknowledge’ the rights of the unborn,” wrote Rayes.

In his concluding remarks, Rayes clarified that his ruling didn’t focus on abortion but rather the law’s justice.

“[This motion] is about giving people fair notice of what the law means so that they know in advance how to comply,” wrote Rayes. “The Interpretation Policy is so vague that it ‘makes it impossible for plaintiffs to do their work with fair notice of conduct that is forbidden or required, in violation of their procedural due process rights.”

Isaacson is a Phoenix-based abortionist with Family Planning Associates (FPA) Medical Group, and previously a University of Arizona College of Medicine professor. After SCOTUS denied the existence of a constitutional right to abortion last month, Isaacson began crowdfunding $100,000. FPA Medical Group closed due to the current legal limbo concerning abortion in the state.

In an update last Saturday, Isaacson shared that the funds raised — at the time, just under $6,000 — enabled FPA Medical Group to keep its staff employed another week.

“We continued to dismantle the clinic today — very emotional moment taking my diplomas off the wall,” wrote Isaacson.

Reuss is a Scottsdale-based OBGYN who served previously on the board of Planned Parenthood of Arizona (PPAZ). Phoenix Magazine named Reuss a “Top Doc” seven times from 2010 to 2018.

Both Isaacson and Reuss have engaged in pro-abortion legal battles alongside ACLU and CRR before. Most recently, the parties came together to defeat Arizona’s requirement that abortion providers inform their patients about reversal procedures prior to taking an abortion pill.

“There is absolutely no evidence-based data that the process can be reversed,” wrote Reuss.

Certain studies and current treatments for reducing risks of recurring miscarriage and premature births conflict with Reuss’ claim. A study specific to abortion pill reversal found that 64 to 68 percent of pregnancies were saved within 72 hours of taking the first abortion pill.

The Interpretation Policy was one part of a larger bill introduced by State Senator Nancy Barto (R-Phoenix), SB1457. The bill also made it a class 6 felony to abort children due to a genetic abnormality, except in a medical emergency. This provision added to current protections prohibiting the abortion of a child based on its sex or race. Last September, the court issued a preliminary injunction for that restriction. At the end of last month, the Supreme Court (SCOTUS) vacated that injunction.

Additionally, the bill prohibited public education institution facilities from performing or providing abortions except in a medical emergency. Instead, the bill required that abortion clinics either cremate or inter fetal remains, with the decision of the child’s final resting place given to the mother.

The bill also required that only qualified physicians provide abortion-inducing drugs and prohibited anyone from delivering or mailing those drugs.