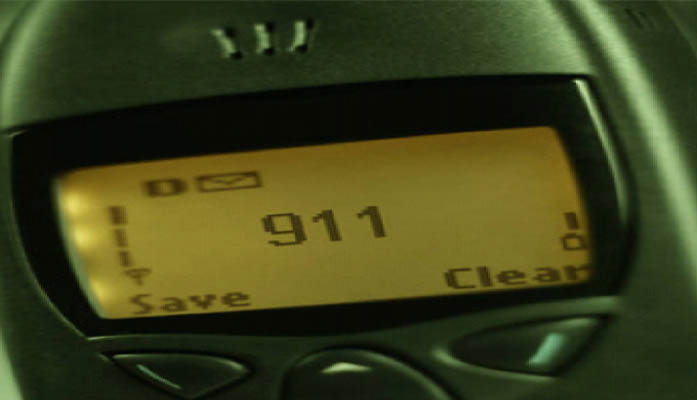 The Arizona Corporation Commission (ACC) has ordered a telecommunications company to detail its response to a 48-hour service outage last month by making an hour by hour report. At the same time, commissioners are considering a plan that could lead to the appointment of an interim manager of the troubled company.

The directive to Frontier Communications of the White Mountains stems from yet another outage which left thousands of rural cellphone and landline phone users without service from 3 p.m. June 11 through the afternoon of June 13.

It comes on the heels of an ACC-approved plan in March which laid out the company’s strategy for responding to such outages after a study found 911 service was inaccessible by Frontier’s customers for 66 hours from April 2020 to April 2021.

Among the most vocal critics of how Connecticut-based Frontier Communications has responded to the outage issues is St. Johns Police Chief Lance Spivey. During the June outage, a 74-year-old resident died while 911 service was unavailable, Spivey said.

“We have one service provider that provides telephone and internet, and that’s Frontier,” Spivey said during testimony at a recent ACC hearing. “So if Frontier goes down, everything else goes down.”

It is unclear whether the medical issue the resident suffered would have been fatal had prompt medical attention been available, but the police chief noted the incident was very upsetting to the two bystanders who came upon the resident as well as the emergency responders who finally responded after being flagged down to the scene.

In addition, a five-year-old girl who suffered a gruesome playground injury was forced to wait several hours for treatment while staff at her local hospital worked to establish communications with Phoenix Children’s Hospital.

The June outage also led to a lack of communication options which impacted how officials at the Salt River Project’s Coronado Generating Station near St. Johns responded to an equipment failure.

According to SRP spokesperson Erica Roelfs, employees at the coal-fired plant experienced a delay in reaching experts who needed to be conferred with. This time, Roelfs noted, the delay did not present a safety threat.

A criminal investigation is underway after Frontier reported various equipment and fiber optics lines were vandalized by two shotgun blasts at two locations across a three-mile area in Navajo County. The damage caused an outage area which covered all of Apache County as well as the majority of Navajo County.

Any decision on whether to prosecute the vandal or vandals in connection with the St. Johns resident’s death will be made once the investigation and an autopsy is complete, Apache County Attorney Michael Whiting has said. Another facet of the investigation will be Frontier’s response time to the outage, Whiting said.

A $10,000 reward has been offered and anyone with information about the vandalism should contact the Navajo County Sheriff’s Office at 928-524-4050.

The ACC’s actions earlier this year about outages in 2020 and 2021 included concerns with Frontier’s lack of progress in doing more to prevent service outages. But after the recent deadly outage in June, the St. Johns police chief wrote to the ACC, calling the company’s efforts “insufficient and inadequate.”

Part of the problem appears to be a lack of a reliable outage redundancy plan to help restore service for the more than 330,000 customers whose service relies on Frontier’s lines. Another issue is that repair crews often have to drive several hours to locate the cause of an outage.

The company issued a statement after the June outage stating that company officials were willing to discuss its network redundancy with regulators in the future. Members of the ACC did not wait.

At a June 28 hearing, several people impacted by the outage were able to testify at an ACC meeting.  Kevin Saville, general legal counsel for Frontier, assured commissioners the June outage was not due to a network failure.

“This was at a minimum vandalism and even potentially sabotage,” Saville said.

However, some of the company’s previous comments about the June outage came under attack, including a claim that Frontier’s customers lost 911 access for only one hour and three minutes while crews repaired the line.

Frontier’s statement about the short outage was misleading, according to St. Johns Assistant Fire Chief Jason Kirk, because most of the area receives its telecommunications service from other providers such as AT&T and Verizon who rely on Frontier’s equipment.

Kirk testified to the ACC that tens of thousands of citizens “were separated from communications and data for almost two days” and that everything from gas pumps, grocery stores and other facilities were “rendered useless because of the unavailability of the fiber connection.”

During the June 28 hearing, a Frontier manager gave commissioners an overview of how the company responded to the outage. However, that was not good enough for the ACC.

Commissioner Sandra Kennedy noted local officials were upset by Frontier’s attitude in responding to the June outage. She called for a more detailed report of the company’s response.

“That is my concern, for an hour-by-hour recap on what the company did. We may not regulate internet, but by gosh, we’re going to try to help the folks out who need our help who are complaining about your company,” Kennedy told Frontier officials.

That June hearing led to the July 8 town hall at which community members were allowed to share their experiences about Frontier. Among those who addressed the three ACC members in attendance was Navajo County Sheriff David Clouse.

As a result of the community input, Frontier Communications was formally directed to respond to the ACC about each of the comments made. The company expects to comply this week.

In the meantime, the ACC revisited its earlier outage investigation into the four Frontier companies which operate in Arizona. During discussions on July 12 and 13, the commissioners drafted and edited a Remedy Plan to address eight issues.

One of the drafts includes a clause allowing the ACC to appoint an interim manager of the local Frontier “for the convenience, comfort, and safety, and the preservation of the health, of the customers and member of the public in Apache and Navajo Counties.” The ACC website does not yet list the next meeting date at which a Frontier Remedy Plan will be discussed. In a related matter, the ACC is considering an October 2021 application by the four Frontier companies operating in Arizona to classify and regulate retail local exchange telecommunications services as competitive, and to classify and deregulate certain services as non-essential. The ACC will continue to accept public comments on the application through the end of the year.