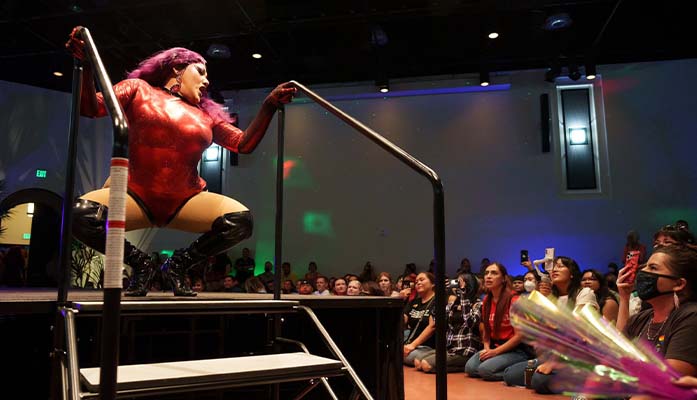 Last Friday, the Heard Museum in Phoenix hosted its first-ever drag show, “Pride Night at the Heard” — and children were present to witness it. BlueCross BlueShield of Arizona served as the major sponsor for the event, with Arizona Public Service (APS) as a regular sponsor.

Negative commentary on the museum’s Facebook posts about their “Pride Night at the Heard” moved the administrators to delete and limit comments on their posts. Many criticisms concerned the disparity between LGBTQ+ ideologies and certain Native American cultures.

In addition to the drag show, the museum had LGBTQ+ Native American poets read their work.

The museum’s event took place a day before the viral drag show brunch in Dallas, Texas. That controversial event, “Drag The Kids to Pride,” was hosted in a 21-and-over bar.

Multiple recordings of the event depicted children giving dollar bills to the drag queen performers, and even performing alongside them. In the background of the stage there was a lit neon sign that read, “It’s Not Going to Lick Itself!”

“Drag The Kids to Pride” protesters were diverse. There were Christians urging repentance to God. There were also LGBTQ+ individuals insisting that children were too young for concepts like drag queens and transgenderism.