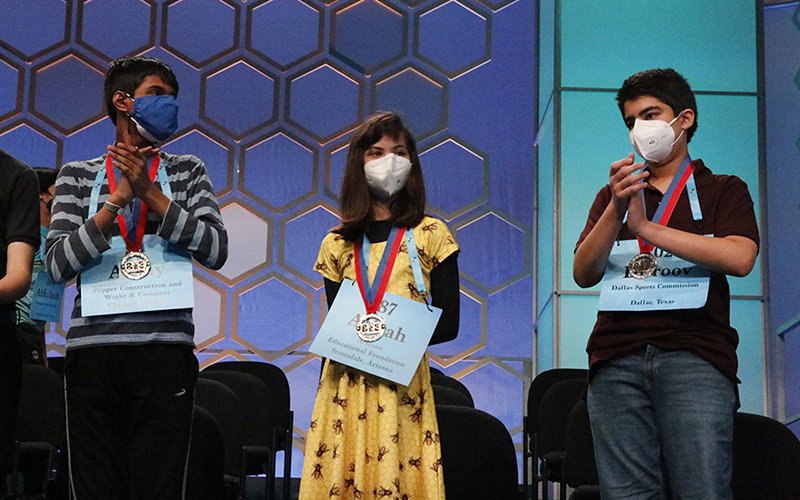 Homeschooled sixth grader Aliyah Alpert fell short of winning the 2022 Scripps National Spelling Bee on Thursday, nearly becoming the first Arizonan to do so in 69 years.

The last Arizonan to win the Scripps National Spelling Bee was Elizabeth Hess in 1953 with the word “soubrette,” a noun signifying a coquettish or frivolous woman in comedic acting roles.

In order to make it to the finals, Alpert spelled or defined the following words correctly, in order by round: spelled “nuciform,” an adjective signifying something is like a nut in its shape; defined “malinger,” an intransitive verb indicating someone who pretends or exaggerates an incapacity or illness to avoid work; spelled “dyspathy,” a noun indicating a lack of sympathy; spelled “croupous,” a shipping fever disease affecting cattle; spelled “ostmark,” a monetary unit of the former German Democratic Republic; defined “verklempt,” an informal adjective indicating someone overcome with emotion; and spelled “trevally,” a noun signifying a variety of carangid fish species.

Alpert won $2,000 and a commemorative medal for her spot in the finals.