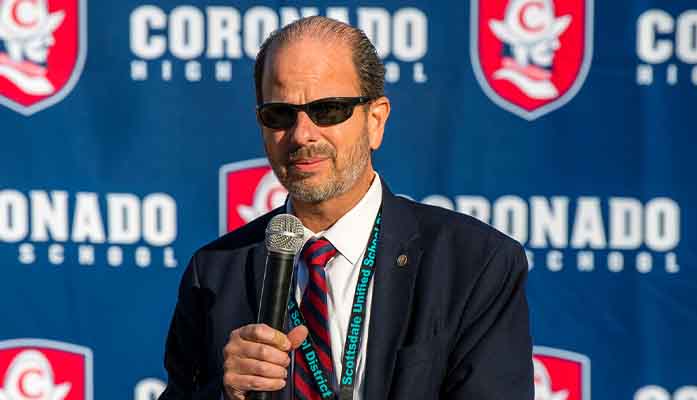 Parents pulled their kindergarteners from Scottsdale Unified School District (SUSD) classrooms after district leadership refused to put an end to one staff member’s discussions of gender ideology. The alleged perpetrator was Mia Perry, a before and after school care assistant who told students that she was nonbinary, an LGBTQ+ term indicating that the individual believes they’re genderless.

It appears that Perry shared more details of gender ideology: SUSD parents reported their kindergarteners came home with concern that they wouldn’t always remain the gender they were, and that they could choose their gender.

One SUSD parent and Arizona Senate candidate, Jan Dubauskas, explained to “The Conservative Circus” that Perry informed the kindergarteners of her nonbinary identity unprompted. At the time of the interview, Dubauskas said she hadn’t received word from SUSD about her complaint filed a week prior.

“This person is alone with small children and unsupervised, and SUSD has known about this for at least eight days,” observed Dubauskas.

Several days after filing the complaint, Dubauskas and several other parents running for office issued an open letter to SUSD.

In response to the parents’ complaints, SUSD Superintendent Scott Menzel defended Perry. During the SUSD Governing Board meeting on Tuesday, Menzel accused parents of Civil Rights violations. Menzel took issue with the fact that Dubauskas issued a press release alongside other political candidates discussing details of the complaint against Perry, claiming that the parents were using the issue for political gain. Menzel said that the parents’ decision to issue an open letter before SUSD concluded its investigation supported his assessment of the situation.

“To target an individual publicly for their personal identity — in this case the individual against whom this complaint was filed does not identify as either male or female — is overt discrimination and inconsistent with state and federal law as well as school district policy,” said Menzel.

Menzel reminded SUSD parents and community members that the district had a commitment to its core values of empathy and inclusion.

“This district will not take adverse employment action against any individual as a result of their identity, no matter how offensive that may be to some,” said Menzel. “Hate and targeted attacks toward individuals on our staff are inconsistent and incompatible with [our] core values. It is my hope that our Scottsdale community will respond with kindness, love, and compassion toward all, as we look to finish this school year on a positive note.”

On Tuesday, SUSD issued a response to the parents’ complaint. SUSD Early Learning and Community Education Director Christine Bonow asserted that Perry hadn’t acted inappropriately when she informed kindergarteners of her gender identity. Additionally, Bonow rebutted the claims that the children didn’t ask Perry about her gender.

“I have found the staff person to be credible and consistent in relating the details of the comments that were made. The staff member did not initiate any conversation regarding gender identity, nor did they engage in any instruction that would be considered sex education. When asked a direct question by a child, the staff member answered briefly, in an age-appropriate manner and honestly,” wrote Bonow. “Simply being aware of a staff member’s gender identity is not inappropriate. Staff members are protected from discrimination based upon gender identity by board policy AC, Scottsdale city ordinance, and state and federal laws.”

Bonow then asserted that action against Perry would be discriminatory.