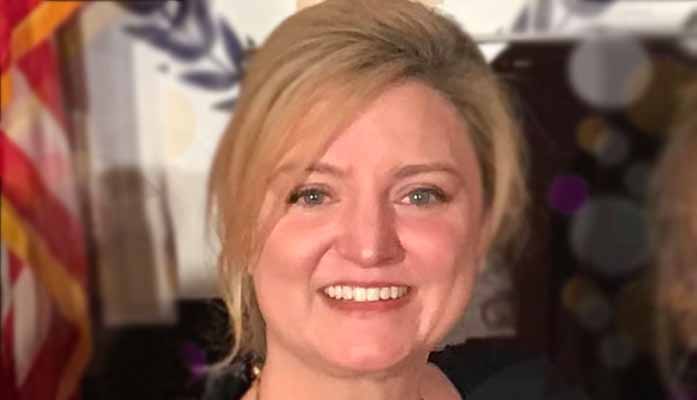 An outpouring of condolences continues in response to the announcement that former Maricopa County Attorney Allister Adel died Saturday due to unspecified health complications.

“How very tragic. The hearts and prayers of Arizonans are with Allister’s family, colleagues and close friends,” Gov. Doug Ducey stated after Adel’s death was revealed. “May she Rest In Peace.”

Similar sentiments were shared on Twitter by Arizona LD28 Republicans.

“We grieve the loss of our fellow member Allister Adel and pray for her family and friends who stood beside her,” the group tweeted. “She will be remembered as a caring mother, first female elected Maricopa County attorney, a loyal friend and party member. She wished only to do good in her life.”

“My family and I are utterly heartbroken by this unimaginable loss. We are so very proud to call Allister wife and mom,” DeNitto said Saturday in a released statement. “We are asking that the press and the public honor her, her legacy, and our family by respecting our privacy at this difficult time.”

Adel, a Republican, was appointed as Maricopa County Attorney in 2019 when then-County Attorney Bill Montgomery joined the Arizona Supreme Court. She was the first woman to hold the office, to which she was elected by voters in November 2020.

Unfortunately, Adel spent election night in the hospital where she underwent emergency surgery for a head injury suffered when she fell at home. She remained in the hospital for several weeks and even after being discharged Adel spent much of early 2021 recuperating at home.

In August 2021, Adel admitted herself to a rehabilitation facility for several weeks for treatment of anxiety, an eating disorder, and alcohol abuse. However, her frequent absences from the office were not disclosed to the board supervisors or other elected county officials until September when Sheriff Paul Penzone became concerned with who was signing off on various legal advice to his office.

Those absences also raised further questions about who was managing the 1,000 employees of the Maricopa County Attorney’s Office and its $115 million budget. It also led to revelations that Adel had little direct involvement in strategizing many major Maricopa County legal decisions, including multiple lawsuits related to the Senate’s 2020 election audit.

Further scrutiny into how decisions were made by the criminal division in several high-profile controversies led in February to five of Adel’s chiefs asking her to resign. Their letter was shared with the State Bar of Arizona, the board of supervisors, and the media.

That resignation finally came as of March 25 when it was apparent Adel’s personal issues were distracting from the daily work of her office. It was later confirmed she was receiving in-patient treatment at the time her resignation was announced.

“I am proud of the many accomplishments of the Maricopa County Attorney’s Office during my tenure, including policies that seek justice in a fair and equitable manner, hold violent offenders accountable, protect the rights of crime victims, and keep families safe,” Adel stated in a news release at the time.

Anni Foster, general counsel for the Arizona Attorney General’s Office, tweeted that she was heartbroken for Adel’s family.

“I had prayed for a miracle for her,” Foster said. “Hoping she can now rest in peace and that everyone can let her family grieve in private.”

For Phoenix City Councilman Sal DiCiccio, Adel’s sudden death serves as a reminder to remember others who may be going through difficult times.

“We never know the struggle the person next to us is going through,” he tweeted. “Today we should pray for her soul and for her family. We should also be praying for those having difficulties in their lives.”