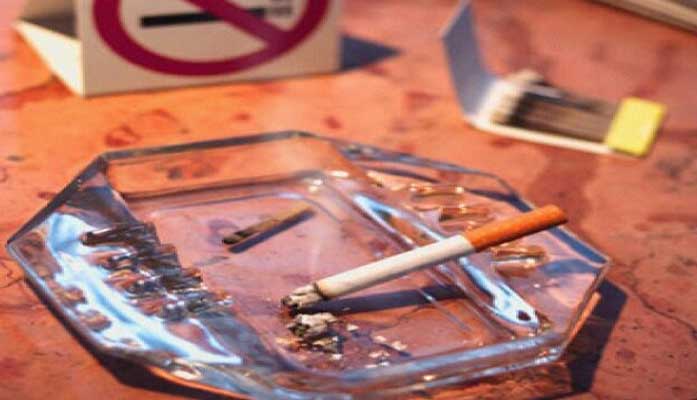 Bill To Raise Tobacco, Vaping Age To 21 Will Be Heard By Arizona Senate


A bill to raise the legal age for smokers or users of tobacco, vaping products, and alternative nicotine products from 18 to 21 is set to be heard by the Arizona Senate on Monday.

House Bill 2505 is a strike-everything amendment introduced by Sen. Vince Leach which also expands the definitions of what tobacco, vaping, or alternative nicotine products fall under Arizona’s criminal code. It also puts more restrictions on retailers of such products.

Leach’s amendment would make it a petty offense for anyone under age 21 to buy tobacco, a vapor product, or an alternative nicotine product as well as to have such items in their possession. It would also be a petty offense for someone under age 21 to possess any “instrument or paraphernalia” solely designed for smoking or ingesting a prohibited substance, such as a hookah or waterpipe.

And if that person under age 21 misrepresents their age by means of a written instrument of identification with the intent to induce someone to violate the law then under HB2505 the person presenting the fake ID would be guilty of a petty offense and must pay a fine up to $500.

But Leach is also seeking tomake it a petty offense for any person -regardless of age- to “sell, give, or furnish” tobacco, a vapor product, or an alternative nicotine product to someone under 21 without a prosecutor having to prove the person did so knowingly.

HB2505 also seeks to expand restrictions on the possession or use of tobacco products, alternative nicotine products, and vapor products on school grounds, parking lots, playing fields, busses, and at off-campus sponsored events. The term “school” applies to any public, charter, or private school serving students from K-12.

SB2505 would also redefine the legal meaning of a retail tobacco vendor and prohibit the sale or distribution of tobacco products, alternative nicotine products, and vapor products through a self-service or vending machine unless located in a retail establishment that does not allow anyone under the age of 21 to enter. There would also be restrictions on the sale of such products via delivery service.

Retail tobacco vendors would also be required to “prominently display” a sign measuring at least 80 square inches warning that anyone under age 21 would be committing a crime by attempting to purchase tobacco products, alternative nicotine products, or vapor products. The sign must also note that a fine of up to $300 may be imposed on conviction.

Leach’s amendment to HB2505 includes an exemption to 21 year age limit for “a bona fide practice of a religious belief” that is an integral part of a religious or ceremonial exercise. Another exemption states that it is not a petty offense for someone under age 21 to possess paraphernalia used for smoking or ingesting tobacco or shisha if the item “was a gift or souvenir and is not used or intended to be used” by someone under age 21 for such activity.

If Leach’s effort passes out of the Senate, then HB2505 must be heard again by the full House given that its current language has nothing to do the original procurement legislation addressed in HB2505 when introduced by House Majority Leader Ben Toma.

HB2505 would take effect after Dec. 31 of this year if it is signed into law.