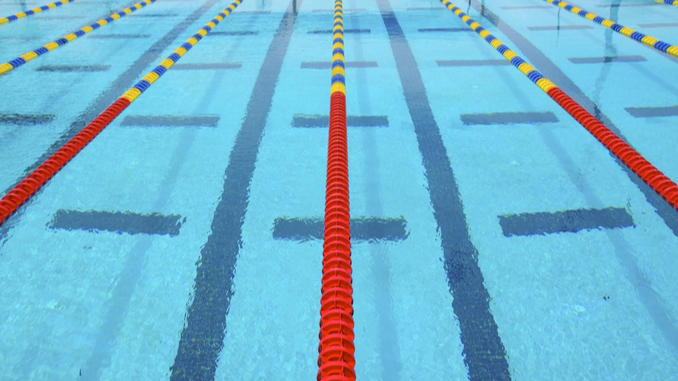 In a joint letter last week to the National Collegiate Athletic Association (NCAA), University of Arizona (UArizona) current and alumnae swimmers and coaches criticized the decision to allow transgender University of Pennsylvania (Penn) swimmer Lia (née William) Thomas to compete in the Division 1 national championships. The UArizona group asserted that the NCAA “failed everyone” by trying to “appease everyone,” insisting that Thomas worked against the equality of women in sports enshrined by Title IX.

“We are celebrating the 50th anniversary of Title IX this year. From the birth of the NCAA in 1906 until 1972, women had to fight to earn the law that provided equal opportunities for women in sports. It took a male to female transgender person one year to take the women’s swimming national championship title,” wrote the group. “This is not equality. Women’s standings, titles, records, and scholarships are suddenly at risk again. Opening the door to allowing natural born men to acquire precious, life altering financial aid packages often split up between multiple women per team defeats the very essence of the flagship legislation we are ironically celebrating this very year.”

The swimmers and coaches also noted that the UArizona Athletics Director, Associate AD for Diversity, and Senior Women’s Advocate remained silent on the issue of transgender women — men — in women’s sports.

Thomas won the 500 freestyle race, but lost in the 200 and 100 freestyle races; however, Thomas reportedly has lost races intentionally in the recent past. Teammates who reported his intentional losses claimed that he was trying to prove that males don’t have biological advantages to females, observing that it was clear Thomas wasn’t trying. They speculated that Thomas colluded with a transgender male swimmer from Yale University, Iszac Henig, so Henig would beat Thomas and make it appear as though women could outperform men.

“Looking at [Thomas’] time, I don’t think [Thomas] was trying,” the Penn swimmer alleges. “I know [Thomas and Henig are] friends and I know they were talking before the meet. I think [Thomas] let her win to prove the point that, ‘Oh see, a female-to-male beat me.’”

The letter, first published in Swimming World Magazine, is reproduced in full below:

Dear NCAA Board of Governors,

Do we have a voice?

It’s hard to express the anguish the women’s swim community has experienced this past week watching the 2022 NCAA Swim & Dive Championships. On one hand, we feel we are witnessing irrevocable damage to a sport that has transformed our own identities for the better. On the other, we have reconnected with each other in sisterhood after many busy years living our lives beyond the water’s edge. We are grateful for the many women who have stood up to publicly speak up in protest of your policies including UT’s swim alumni who penned a thoughtful letter to their Athletic Director and inspired us to write from the University of Arizona alumni perspective. We have collected some of our own thoughts on paper to plead to swimming leadership at every level to take immediate action to protect our women athletes.

In 2008, USA Swimming chief Chuck Wielgus was asked to comment on a “culture of fair play” regarding a female swimmer who had tested positive for a banned anabolic agent called Clenbuterol. He claimed at the time “within the culture of swimming, if you’re doing something you shouldn’t be doing, we want to catch you and throw you out of the sport. In other sports, it’s about excuses and justifications and being innocent until you’re proven guilty.” According to the USADA website, Clenbuterol is prohibited in sport because it “promotes muscle growth through anabolic properties.” The Mayo Clinic reports “the main anabolic steroid hormone produced by the body is testosterone” and that it “has anabolic effects promoting muscle building.” In a little over a decade, USA Swimming, the leading organization of swimming in the world has surrendered its firm stance on fair play. This has encouraged other organizations such as the NCAA to make accommodations for biological men who have had the benefits of testosterone throughout natural development and beyond.

According to Duke’s Center for Sports Law and Policy, “there is an average 10-12% performance gap between elite males and elite females” in sport. What advantage does testosterone have for natural born men in swimming specifically? This year in the 500 freestyle the men’s A standard qualifying time is 4:11.62. The women’s A standard qualifying time was 4:35.76. That is a difference of 24.14 seconds. To put that into perspective, the male swimmer in the last seed going into the meet would be two full laps ahead of his female counterpart in this event. This one example alone demonstrates the advantages a biologically male swimmer has over a female. Physiological advantages exist.

Looking back on another moment in swim history, in 2010 FINA banned the use of high tech performance swim suits as the “shiny suit era” saw “records falling at an alarming rate” due to a competitive advantage given to swimmers who had the suits available to them. This year at the fastest short course swim meet in the world, the body inside the suit is what raises cause for concern.

The decisions of the NCAA this year hoped to appease everyone by allowing Lia Thomas to compete directly with women. Instead, the NCAA has successfully failed everyone. A target was placed on the back of a trans athlete subjecting this person to devastating national outcry and humiliation. This swimmer’s lone points for Penn this March catapulted a team to a top-20 program in the country after failing to score a single point last year. Additionally, women athletes competing in the meet were forced to swim in unfair direct competition therefore eliminating all integrity of the entire championship meet.

We are celebrating the 50th anniversary of Title IX this year. From the birth of the NCAA in 1906 until 1972, women had to fight to earn the law that provided equal opportunities for women in sports. It took a male to female transgender person one year to take the women’s swimming national championship title. This is not equality. Women’s standings, titles, records, and scholarships are suddenly at risk again. Opening the door to allowing natural born men to acquire precious, life altering financial aid packages often split up between multiple women per team defeats the very essence of the flagship legislation we are ironically celebrating this very year.

Female to male transgender athletes do not have the same opportunities as their male to female counterparts. They are heavily disadvantaged when it comes to earning a spot on the team they identify due to strength and speed differences between gender categories. This was represented this year in the 100 freestyle by Yale’s Iszac Henig, a transgender male competing at the women’s championship. This swimmer placed fifth in the event. Henig’s time of 47.52 earned the swimmer an All-American award and added 13.5 points to Yale’s team score. Had Henig chosen to swim at the men’s competition however, the same time would have failed to even reach the men’s A qualifying time of 41.71 by almost six seconds dashing the whisper of a chance this swimmer would even step up to the block.

There were many options the NCAA could have implemented to create a fair environment for women competitors. A trans athlete could compete in the meet that aligns with birth gender such as Henig did. At the championship level, there are 10 lanes available in the pool while only 8 swimmers compete per heat. Therefore, a trans athlete could have been added to any finals heat in addition to the 16 women who qualified without pushing any of the deserving women out of the finals such as VT’s Reka Gyorgy , who personally spoke out about the inequality she was subjected to being shut out of the finals. Trans specific heats with separate awards categories and scoring was another alternative. The NCAA could have implemented the more stringent USA Swimming guidelines at the very least. Moving forward, trans swim meets could be organized and built into a new category of athletic competition similar to the Paralympic or Special Olympic platforms to continue to widen the umbrella of inclusion in athletics.

We are writing this letter to the NCAA who has a President at the helm responsible for cutting both the University of Washington’s swimming programs in 2009. Mr. Emmert stood firmly by his decisions as “the right ones for us.” The NCAA Board of Governors is predominantly men. Of the 65 Athletic Directors in the Power 5, only 5 are women. At the University of Arizona, our Athletics Director, Associate AD for Diversity, and Senior Women’s Advocate have remained silent on this issue unfolding over the course of this entire season. These revelations and disparities alarm us when it seems there was no urgency in skillfully and educationally addressing how the scientific and biologic differences may impact women’s competitions. Do we have a voice? The people responsible for protecting women’s swimming should swiftly rectify the guidelines. The women from the University of Arizona will not quietly stand down while our victories and accomplishments float away.

We are eager and willing to discuss directly with the NCAA potential steps it can implement to create new solutions for the expanding athletic family. Please contact us with your next steps towards a fairer future.

The Women of Arizona Swimming & Diving