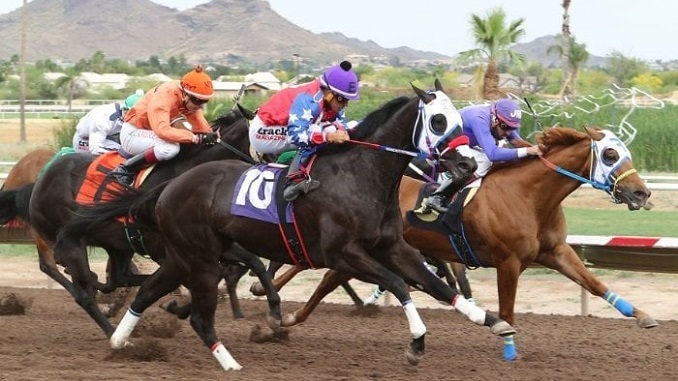 The Arizona Court of Appeals will be asked to overturn a decision by the Arizona Department of Gaming which denied the state’s longest operating professional horse racing company a sports wagering license, AZ Free News has confirmed.

TP Racing LLLP, dba as Turf Paradise, contends the future of horse racing in Arizona is at risk if the company cannot securean Event Wagering Operator (EWO) License from the Arizona Department of Gaming.

Last month Judge Daniel J. Kiley of the Maricopa County Superior Court upheld the Department of Gaming’sdetermination that Turf Paradise in Phoenix did not meet the criteria of “an Arizona professional sports franchise” under the state’s new sports betting law. The company filed a notice of appeal with the Arizona Court of Appeals on March 8.

The criteria to obtain a EWO license requires an applicant to be either the owner of an Arizona professional sports team “or franchise,” an Arizona Indian tribe, or the operator of an in-state NASCAR race or PGA Tour event. The definition of a sports team or franchise as it pertains to the license is one which is “conducted at the highest level league or organizational play for its respective sport.”

Officials with the Department of Gaming rejected Turf Paradise’s argument last year that it was a sports franchise and that the Arizona Legislature had an opportunity to specifically exclude horse racing from eligibility for an EWO license if that the lawmakers’ intent. The department’s determination was backed up by an Arizona Administrative Law Judge who concurred Turf Paradise did not meet the criteria under current law.

TP Racing LLLP then appealed to superior court. A statement by the company at that time noted the facility “has been one of the premier destination racetracks for the highest-level professional thoroughbred and quarter horse racing in the nation” since 1956.

“By denying Turf Paradise’s license application while permitting others to operate sports betting throughout the State, the Department is threatening the very existence of the horse racing industry in Arizona,” the statement said.

However, Kiley’s Feb. 14 under advisement ruling noted Turf Paradise simply does not meet any of the relevant definitions written into the state’s current gaming law. The company must now follow-up its notice of appeal with formal opening appellate brief, after which the Department of Gaming will file an answer.

The appeals process could take months. However, court records show there is a more immediate option for resolving the EWO criteria dispute – the Arizona Legislature could amend the gaming statute to include horse racing facilities as a sports franchise.