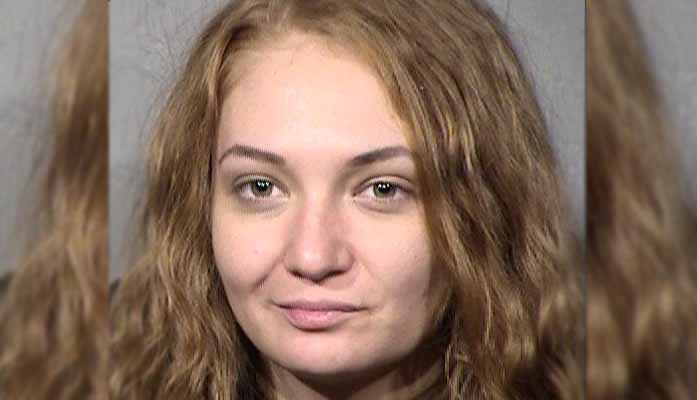 Leyva’s comments were associated with claims that Ngo was behind the shooting that took place at an Antifa meeting in Portland, Oregon earlier this month. Ngo reported that Leyva resides in the Portland area, consistent with the location listed in one of her Twitter account bios.

As Ngo reported, Leyva’s original account, @antifash_m, was suspended for violating Twitter rules. Leyva then made her backup account, @BirdAppFugitive, private after Ngo discovered it; sometime that same week, that secondary account was also suspended. Leyva’s bio describes the account as a slander account for Maricopa County Attorney Allister Adel, who is under investigation by the Maricopa County Board of Supervisors and the State Bar of Arizona for her sobriety and absence at work.

Leyva was one of 15 individuals who received controversial and later dropped street gang charges for her involvement in the August 2020 Black Lives Matter (BLM) protest, which included assisting a criminal street gang, aggravated assault on an officer, rioting, unlawful assembly, resisting arrest, and obstructing a public thoroughfare. As AZ Free News reported, ASU graduate student Sarra Tekola was among those charged. Leyva told ABC15 Arizona that although the felony charges against her were dropped, the ordeal caused her to lose her patient care technician job with Tempe St. Luke’s emergency room.

“We were like, this is just so outrageous,” said Leyva. “How are they ever going to prove this in a court of law? We know Phoenix Police Department is bad, but man, they, like, really were just seeing how much they could get away with.”

Leyva also tweeted that the survival of the five officers who were ambushed by a shooter earlier this month while trying to rescue an infant was a “missed opportunity.”

According to the Arizona State Board of Nursing, Leyva’s nursing license was issued December of last year, and won’t expire until March 2024.