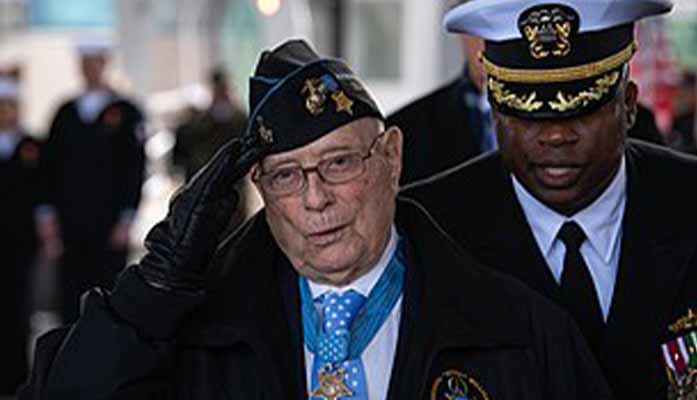 All 11 members of Arizona’s Congressional delegation have come together to ask  President Joe Biden to approve a non-presidential state funeral when the last surviving Congressional Medal of Honor recipient from World War II passes away.

Hershel “Woody” Williams, who is 98, became the last living Medal of Honor recipient from World War II in April 2021. A state funeral would serve as a tribute to Williams’ heroic actions in battle as well as “each soldier that bravely fought for our country,” according to Rep. David Schweikert (AZ-06).

“The heroes from World War II deserve every honor our country can give them, and that includes paying our respects to the last surviving Medal of Honor recipient from this war when he dies,” Schweikert said Wednesday. “By doing this, our nation can offer a final honor and salute to Mr. Williams and the millions of American heroes from World War II.”

After the war, Williams went to work for the U.S. Department of Veterans Affairs as a counselor. He continued in the Marine Corps Reserve until 1969 and stayed with his VA job for more than three decades. The Navy warship USS Hershel “Woody” Williams was commissioned in March 2020.

WATCH VIDEO ABOUT THE REQUEST