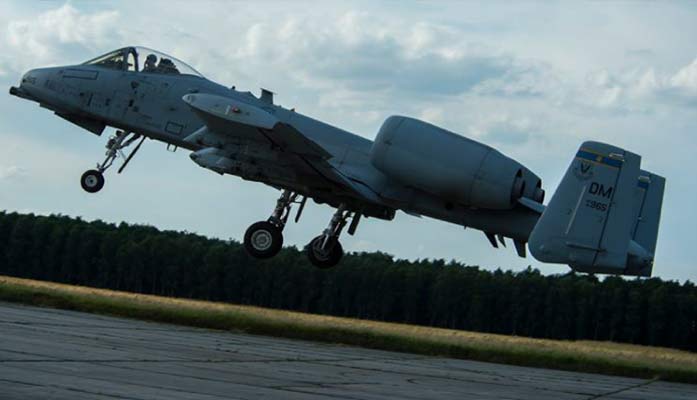 Public comments are due on or before March 4 for those wishing to provide input  about a proposed plan by U.S. Air Force change how its special use airspace is utilized in several military operations areas, referred to as an MOA.

The USAF recently issued a Notice of Intent for the preparation of an Environmental Impact Statement to evaluate potential impacts of proposed actions involving MOA airspace which is used to support missions at Davis-Monthan AFB, Luke AFB, and Morris Air National Guard Base.

An MOA is an airspace established outside Class A airspace to segregate certain nonhazardous military activities from civilian and commercial air traffic. Vertical and lateral flight limits are specified in an MOA, as well as flight activities which are prohibited or allowed (and when) within the MOA.

According to the USAF, the MOAs proposed for optimization include Tombstone, Outlaw, Jackal, Reserve, Morenci, Bagdad, Gladden, Sells, Ruby, and Fuzzy. A  map provided with the notice of intent shows those MOAs cover a large swath of airspace across Arizona,

The changes under consideration include updating the published times for using an MOA; adjusting the altitudes of existing MOAs to support low-altitude training; authorizing supersonic training at lower altitudes in more MOAs; and authorizing use of chaff and lowering the minimum release altitude for flares.

Some MOAs would see minimal changes, but others -such as Tombstone- would see an expansion of lateral flight limits, thus allowing military flights over areas of southeast Arizona and southwest New Mexico where such flights are not currently permitted.

The proposed action would not create any new MOAs nor make changes to land use beneath the MOAs or weapons release, according to the Air Force.

Information about the overall proposed action, as well as details of how each MOA would be impacted is available at https://www.arizonaregionalairspaceeis.com

Only five in-person public meetings were scheduled with USAF personnel about the notice of intent, one of which was canceled in Bagdad due to COVID-19 restrictions in the area. The one meeting remaining in Arizona will be at Morenci on Feb. 23.

However, a meeting in Reserve, NM on Feb. 22 and one in Animas, NM on Feb. 24 are open to anyone who wishes to attend. An USAF spokesman said the public meetings were scheduled for impacted communities known to have limited internet access.

All of the information provided at the in-person meetings is available on the website. The website also includes the ability to submit comments online.

The USAF intends to update the website as the project moves forward.